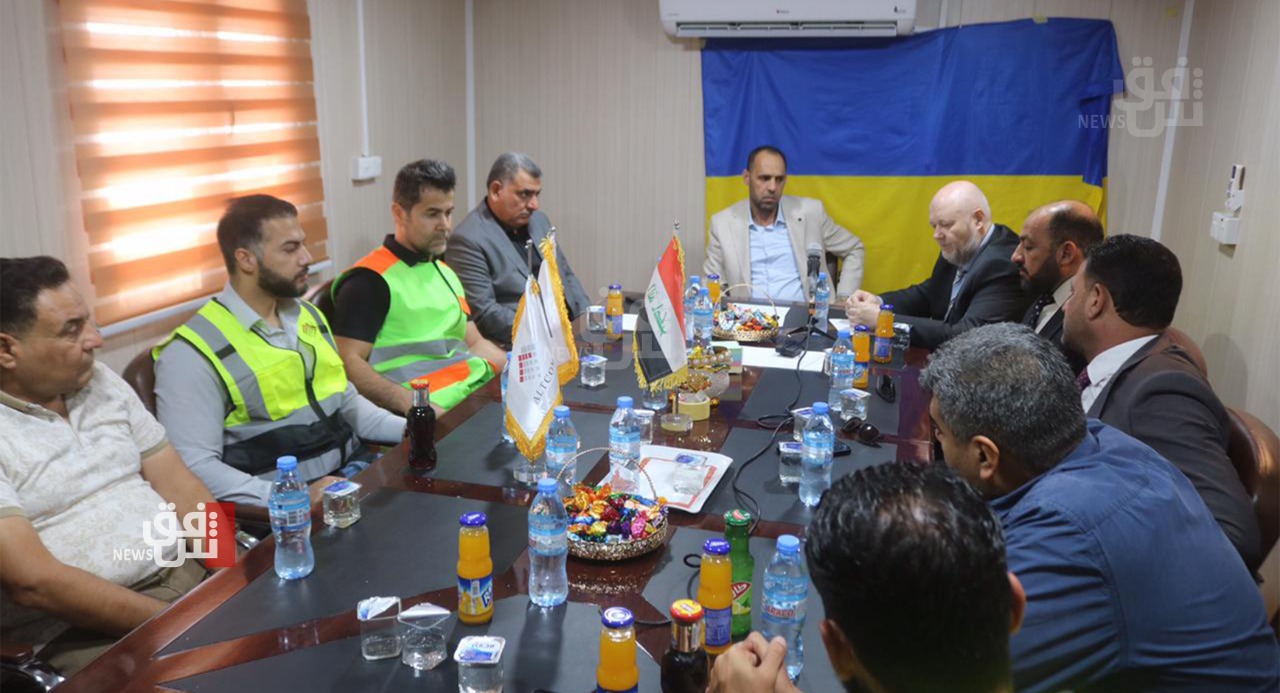 Shafaq News / The Chargé d'Affairs of the Ukrainian Embassy in Iraq, Alexander Porvzhnikov, deemed the Russian invasion of Ukraine similar to ISIS's occupation of Iraq in 2014.

Porvzhnikov visited the Al-Anbar governorate to sign a contract with the local government to rehabilitate 40 km of the international highway.

In an exclusive interview with Shafaq News Agency, the Ukrainian official said that "a Ukrainian company is working to implement a road construction project in Al-Anbar. one of three projects in Iraq so far."

"This project provides an opportunity to restore the infrastructure in the governorate."

"The project is designed to rebuild the Iraqi economy and would help construct roads throughout Iraq in the future." He added.

The Chargé d'Affairs added, "We are working to employ Ukrainian specialists, and Iraqi citizens, many Ukrainian engineers, and specialists are now fighting to defend their homes from the Russian attack, which may cause delays in some procedures of the project, but this would not affect the quality of the work."

"I am confident that the project will be completed on time with the support of the local government in Al-Anbar." He confirmed.

"Last year, the Ukrainian company implemented a 100 million $ project to build a road in the southern regions of Iraq."

concerning the ongoing war in Ukraine, Porvzhnikov said, "Violators of international law (Russians) must be brought to justice… we look forward to the Iraqi position on our issue, and we hope that Iraq will take a clear position in support of Ukraine as soon as the new government is formed,"

"the war launched by Russia against Ukraine is a crime against humanity co and is similar to the Iraqi experience in their war against (ISIS)," Porvzhnikov concluded.

Five ISIS operatives in the custody of the Federal Intelligence Agency, SMC says