The schedule of Pope Francis visit to Iraq 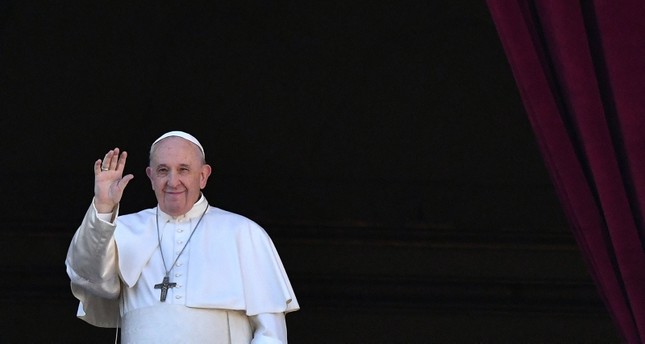 Shafaq News / Pope Francis will make an Apostolic Journey to Iraq on 5-8 March 2021, visiting Baghdad, the plain of Ur, Mosul, and Qaraqosh.

According to the schedule, Pope Francis will arrive on March 5 at Baghdad International Airport, where an official reception will take place in presence of Iraq’ PM Mustafa Al-Kadhimi.

Then, the Pope will participate in a welcoming ceremony at Presidential Palace (Al-Salam) and will visit President Barham Salih.

The Pope will later meet with the authorities, civil society members and the diplomats, and then head to the Syriac Catholic Cathedral “Our Lady of Deliverance” in Baghdad.

In the second day, Pope Francis will head to Najaf, where he will meet Grand Ayatollah Ali Al-Sistani.

Later, he will visit “Ur” Archaeological City in Dhi Qar Governorate.

The mass will be celebrated in the Saint Joseph Chaldean Cathedral in Baghdad.

The Pope will be received officially in Erbil Airport on March 7 where he will meet the Kurdish President Nechirvan Barzani and the civil and religious authorities.

Then head to Mosul where he will pray for the war victims in Hosh Al-Baya.

He will move later to the Al-Tahera church in Qaraqosh to meet the citizens, and deliver The Father Angelos speech.

On March 8, the Pope will head to Baghdad International Airport, where the official farewell ceremony will take place.

Pope Francis thanks Iraq for the visit: Iraq deserves peace

Preparations for Pope Francis' visit to Iraq are in full swing