The scenario of Saturday may be replicated on Wednesday, lawmaker says 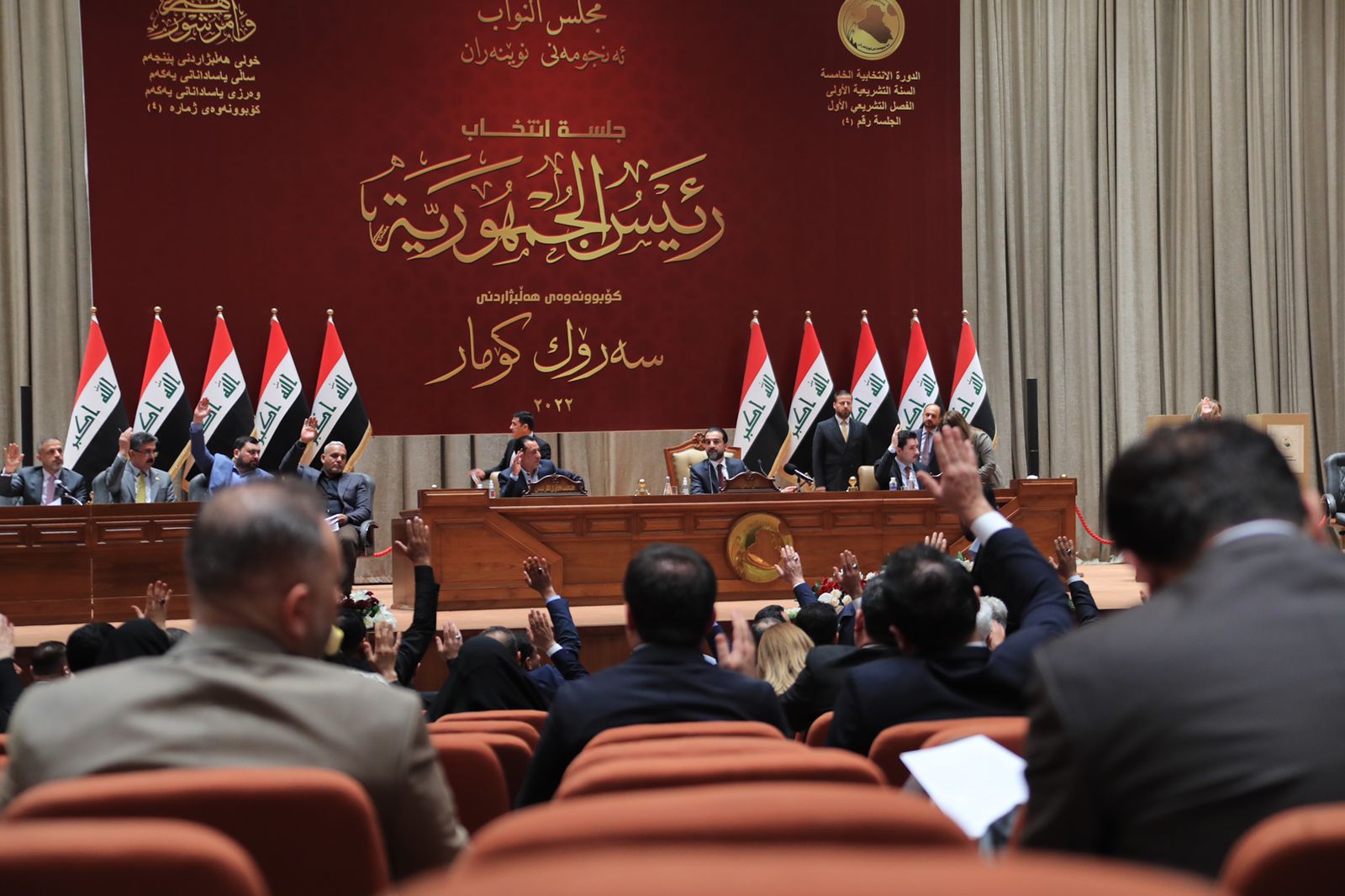 Shafaq News/ A member of the Kurdistan Democratic Party (KDP), Ikhlas al-Dulaimi, on Wednesday said that the rival Iraqi parties have failed to find a common ground so far, hinting that the scenario of Saturday may be replicated on Wednesday's session.

Speaking to Shafaq News Agency, al-Dulaimi said, "the trilateral coalition will push for holding the session calledon Wednesday to elect a president and is committed to the candidature of Rebar Ahmed."

"We hope the Shiite-Shiite and Kurdish-Kurdish rows would be resolved by Wednesday," she continued, "however, there has been no agreement so far. The scenario of Saturday might be replicated on Wednesday."

"We have established channels with independent lawmakers and MPs from outside the Coordination Framework who might attend the session on Wednesday," she said.