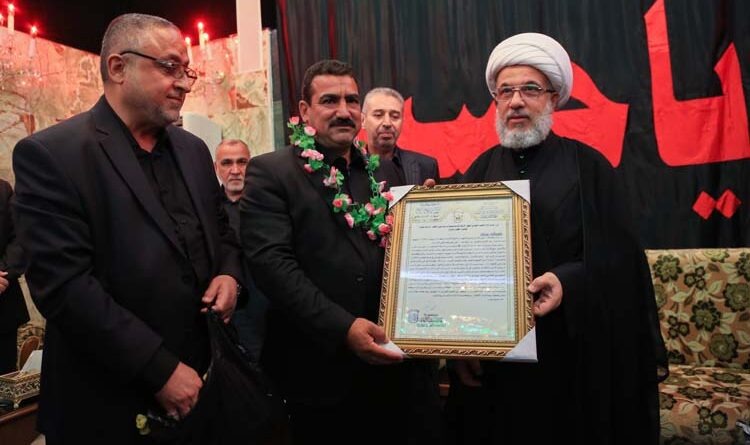 Shafaq News / A reliable source revealed today that multiple parties called on the religious authority in Najaf to intervene in the issue of arresting the leader in al-Hashd al-Shaabi, Qassem Musleh, which caused tension between al-Hashd and the Iraqi government.

The source told Shafaq News agency, "These parties, which are politicians and leaders of armed factions, called on the religious authority through its agents to intervene in the Musleh case, but it refused."

He pointed out that the authority informed these parties that it does not intervene in judicial affairs, government work, and administrative matters.

This comes after Baghdad witnessed tension after a special security force arrested Qassem Musleh, a leader in al-Hashd, according to a court warrant related to terrorism, which aroused the dissatisfaction of al-Hashd leadership. As a result, armed elements stormed the Green Zone and its vicinity, and surrounded Some government headquarters, to push for Musleh's release.

"The armed protest that took place by armed groups is a serious violation of the Iraqi constitution," al-Kadhimi said in a statement yesterday.

Reports said that Musleh might be released and handed over to al-Hahsd al-Shaabi authorities.