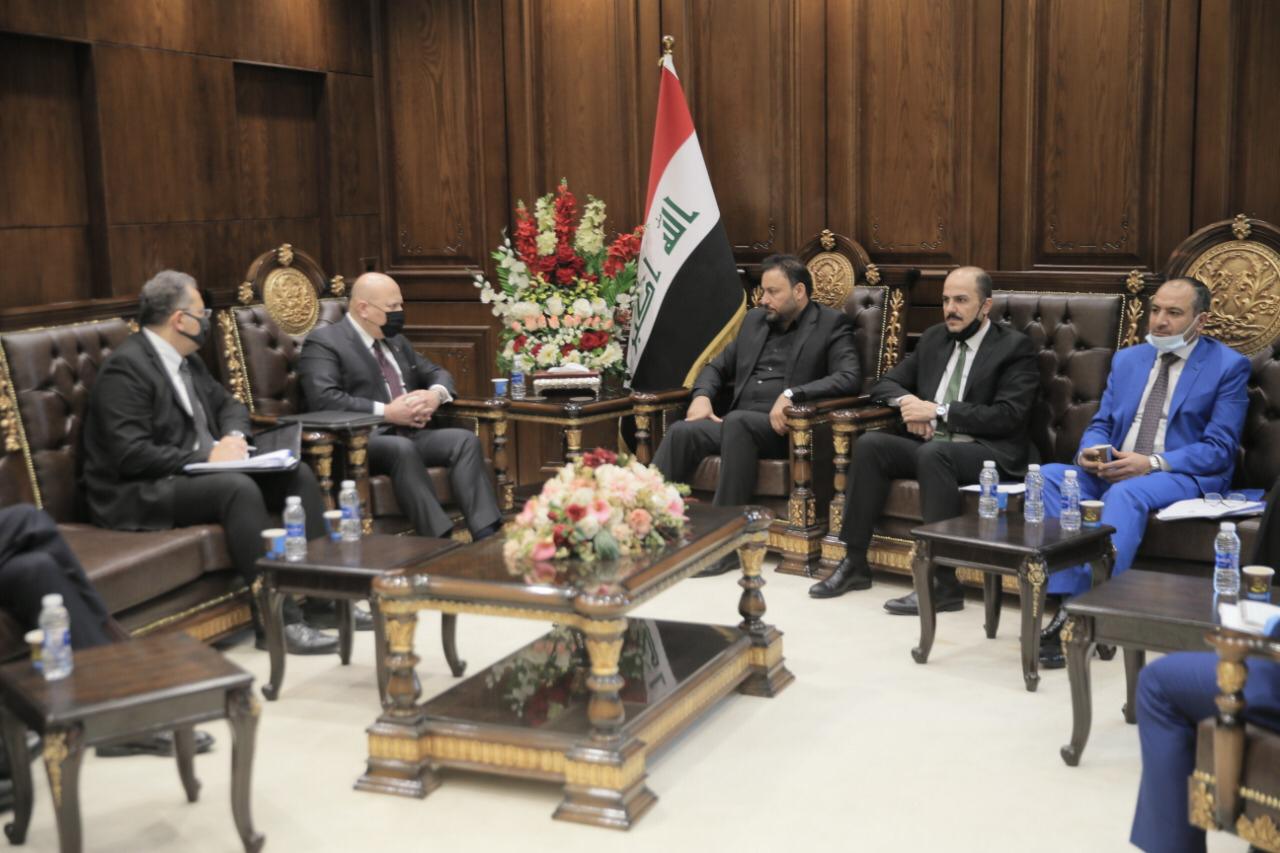 The First Deputy Speaker of Parliament, Hassan Karim Al-Kaabi, hosted today the special advisor and head of the United Nations investigative team to hold ISIS account for its crimes, Karim Khan, and his accompanying delegation, in the presence of members of the Parliamentary Legal Committee.

Al-Kaabi added, "establishing the court specialized in investigating ISIS crimes is another victory against the terrorist organization."

"The Iraqi parliament and the United Nations share visions on criminalizing ISIS crimes in Iraq," explaining, "this matter will have local and international dimensions. On the one hand, the court will work to restore the rights of everyone affected by this organization and serve justice to them.

On the other hand, it unifies the international efforts to fight all extremist ideas under whatever name."