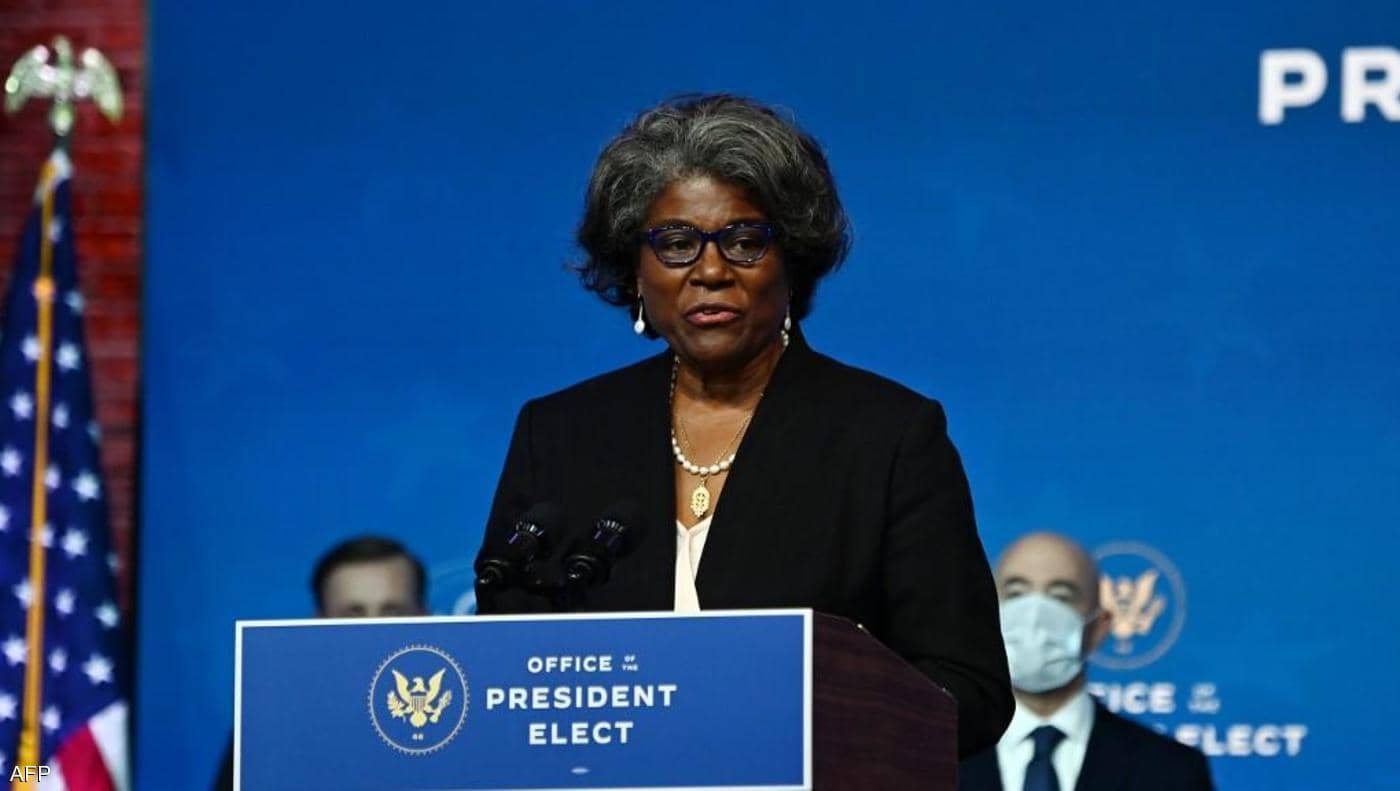 As part of the U.S. commitment to “a strong, stable, democratic, and prosperous Iraq…the United States announced a donation of over 500,000 Pfizer BioNTech vaccine doses, which have since been delivered to Iraq, and additional $155 million in humanitarian assistance.” Thomas-Greenfield said.

She confirms that the U.S. and Iraqi delegations mutually decided that the security relationship will fully transition to a training, advising, assisting, and intelligence-sharing role. “There will be no U.S. forces with a combat role in Iraq by December 31, 2021.”

“The United States, its Coalition partners, and those in NATO Mission Iraq, all present in the country at the Iraqi government’s invitation, remain resolute and will continue to train, advise, and enable the Iraqi Security Forces in the fight against terrorism and build their capacity to address future threats. The United States will continue to respect Iraq’s sovereignty and laws, providing the resources Iraq needs to preserve its territorial integrity and ensure the enduring defeat of ISIS.” She added.

“UNAMI’s crucial work factored into nearly every significant meeting during the Government of Iraq’s trip to Washington. In particular, President Biden lauded the Iraqi government’s efforts to prepare for free and fair elections on October 10, and he praised UNAMI’s electoral assistance and the EU’s observation mission as good-faith efforts by the international community to meet Iraqi demands for such support. The United States announced the $5.2 million grant to the UNAMI elections monitoring team, which follows a previous $9.7 million U.S. commitment. This demonstrates that we have complete confidence in UNAMI, in your impartiality, your expertise, your earnest commitment to a better future for Iraqis.” The U.S. Ambassador confirmed.

“And I would like to extend our deep and sincere gratitude to our partners and allies for joining us in funding the election monitoring team so soon after making voluntary contributions to UNAMI’s equally important technical electoral assistance mission – the largest in the world of its kind. UNAMI’s electoral advisors have worked diligently to train the Independent High Electoral Commission to enable free and fair elections. The Secretary-General’s latest report on UNAMI outlines the phased deployment of 130 election monitors in advance of and on election day.”

“So, we welcome this prompt deployment, pursuant to Resolution 2576, and note the need to maximize the number of UN personnel on the ground in advance of the election. And we reiterate our appeals to the Government of Iraq to take all measures to protect the UNAMI election monitoring team, EU observers, domestic monitors, and all other individuals deploying throughout the country to deter election fraud and contribute to the integrity and transparency of the election process.”

“To this end, we applaud UNAMI’s work documenting human rights abuses and violations and laying the groundwork for proper accountability. Together, let us hold perpetrators accountable, support free and fair elections in Iraq, and prepare for the new phase of the Defeat-ISIS campaign in Iraq, led by Iraq and its people.” She concluded.

UNAMI reaffirms its commitment to Iraq