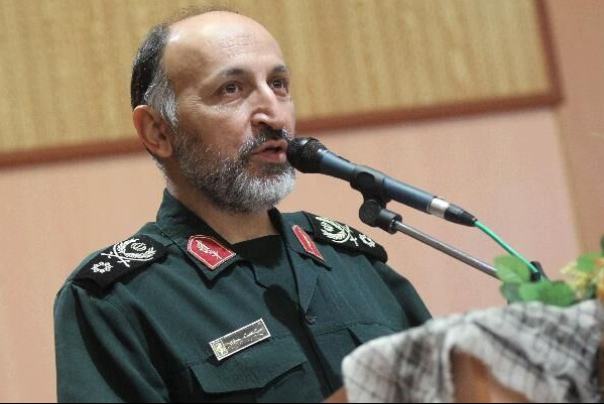 The commander further pointed to the US’ futile attempts for survival in Iraq, the US president’s plans to reduce the number of American forces in the Middle East, and the removal of Patriot anti-missile systems from Saudi Arabia, noting, “This is the beginning of their (US’) exit and expulsion from the region.”

Hejazi derided the Israeli prime minister’s attempts to end the Islamic Republic’s presence in Syria in 2020 through mounting pressures and threats, saying, “The axis of resistance is present in Syria with the same rigidity, power and even with higher quality, and they (Israelis) have failed to achieve their objectives.”

“The axis of resistance in Syria and Lebanon is growing and doing its duties more strongly than before,” he said.

Hejazi's statements coincide with the visit of the commander of the Quds Force, Brigadier General Ismail Qaani, to Iraq, where he met with Iraqi officials and a number of high-ranking personnel and leaders of political parties.