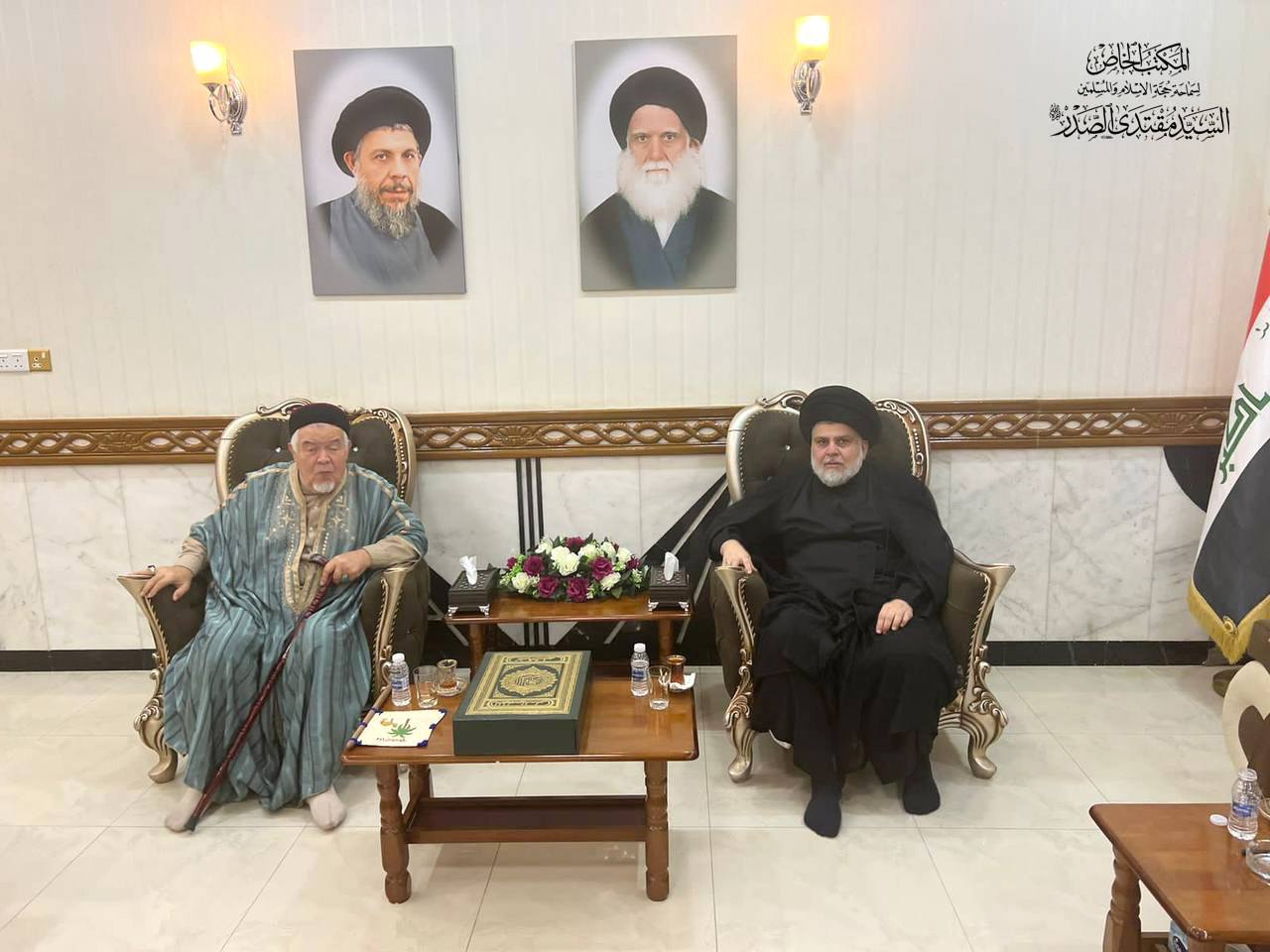 Shafaq News/ On Monday, the leader of the Sadrist Movement, Muqtada al-Sadr, met the Tunisian Islamic scholar, academic, and theologian Sayyid Muhammad al-Tijani al-Samawi, in his office in Najaf.

Al-Sadr's office said that al-Tijani praised "the reformist and patriotic positions of al-Sadr, especially his position on resisting the occupation and political and social reform in Iraq."