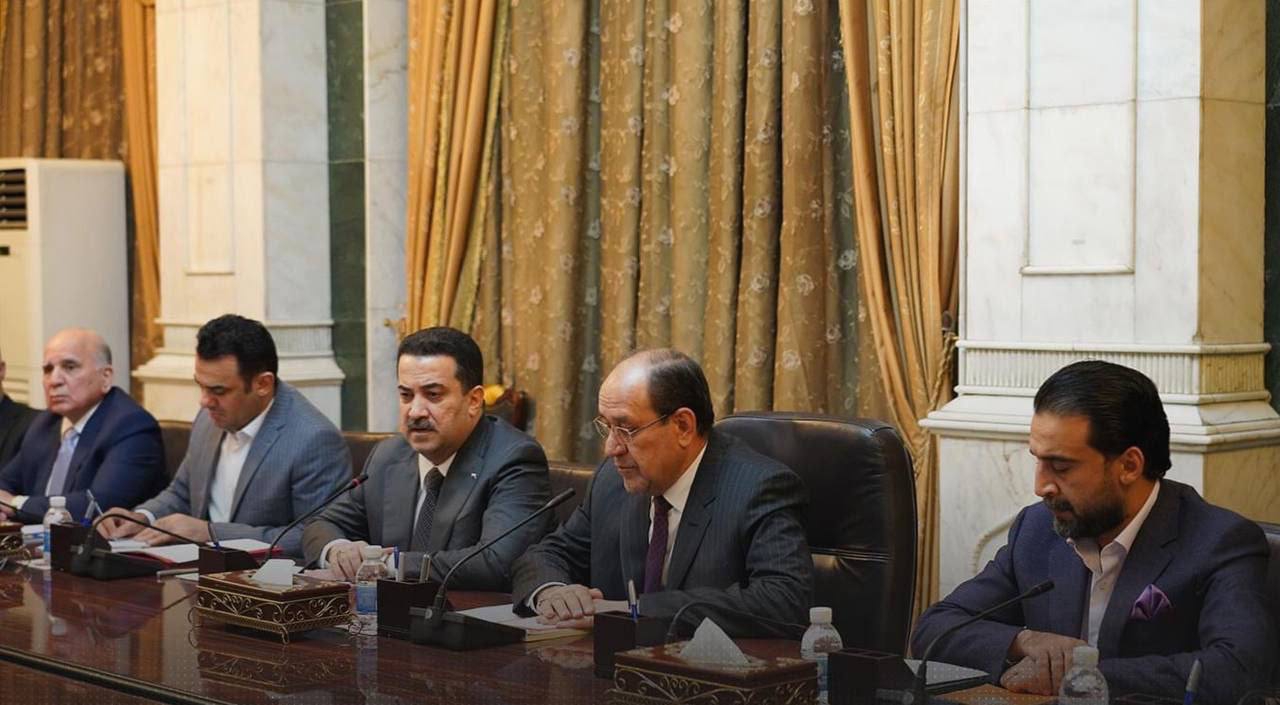 Shafaq News / On Monday evening, the "State Administration" coalition leaders met to discuss the latest developments in the country.

It is worth noting that the Coalition represents the broad parliamentary cover of Al-Sudani's cabinet.

It includes the most prominent political parties of Shiaa, Sunni, and Kurds in Iraq, except for the Sadrist movement.

The Coalition gave confidence to Mohammed al-Halbousi as Iraq's Parliament Speaker and elected Abdul Latif Rashid as the new president, who named al-Sudani for the premiership.

Dozens protest against the CF candidate for Prime Minister

Al-Sudani: Iraq has a tall order ahead to bury extremism