The Sabean Mandaeans celebrate Bronaya on the Tigris banks 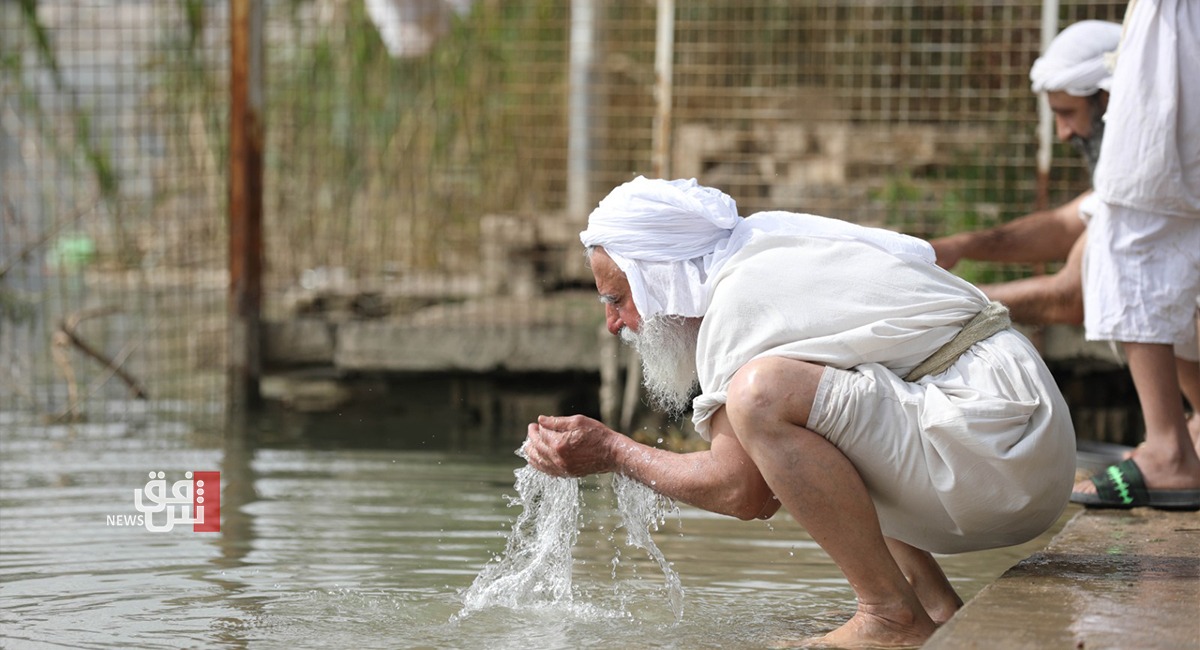 The pre-Christian monotheistic sect celebrates their festive ceremonies, that mark March of every year, by conducting the "Baptism rituals" on the Tigris banks.

The religion, the oldest monotheistic faith originating from Mesopotamia, the city of Ur specifically, has been practiced primarily in central and southern Iraq and Khuzestan Province in Iran.

There are thought to be between 60,000 and 70,000 Mandaeans worldwide. Until the Iraq War, almost all of them lived in Iraq. Many Iraqi Mandaeans have since fled their country because of the turmoil created by the 2003 invasion of Iraq and subsequent occupation by U.S. armed forces and the related rise in sectarian violence by extremists.

By 2007, the population of Mandaeans in Iraq had fallen to approximately 5,000. Henceforth, no official data for the counts of the religious minority in Iraq, but previous estimates rounded them to around 1500 in southern Iraq, only a few hundreds of them remained.