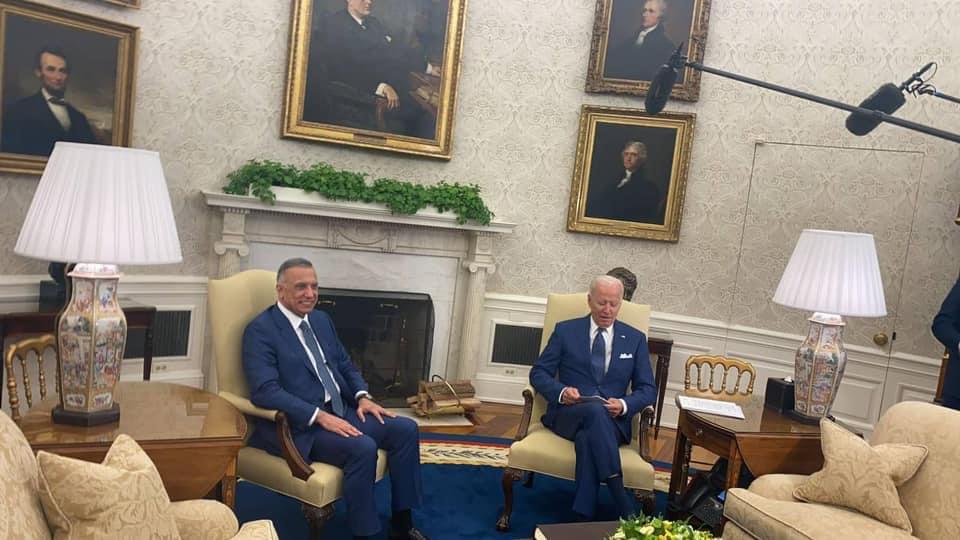 Shafaq News / The Prime Minister's Adviser for Economic Affairs, Mazhar Muhammad Salih, considered Al-Kadhimi’s visit to Washington, a turning point in the history of Iraq that comes after years of war.

Saleh told Shafaq News Agency, "The Prime Minister's visit details the transformation of the Iraqi economies from war and conflict that Iraq experienced 18 years ago, to the end of ISIS, up to the economy of construction, reconstruction and peace."

He added that "Al-Kadhimi's visit focused on building a peace economy for Iraq and the region," noting that "the current government's policy is a peaceful policy that aims at good neighborliness and benefiting from the great powers, as the United States is a superpower and Iraq has strong relations with it."

Saleh pointed out that "there is a strategic framework agreement that will turn to construction and reconstruction," noting that "the Prime Minister’s call is serious one, no matter how unemployed and powerless the country is."

He added that "the United States is a great ally, friend and partner, and the partnership must move from wars and conflicts to construction."

Al-Kadhimi’s advisor concluded that Iraq will turn, according to those frameworks, to “construction and progress, especially since the region is now entering the economics of peace, and this is what the Iraqi government intends to do.”

Mustafa Al-Kadhimi had returned on Thursday evening to Baghdad, after four-days visit to Washington.

The topics to discuss with Al Kadhimi in Washington