The Pope's chair was stolen from Ur, a source says 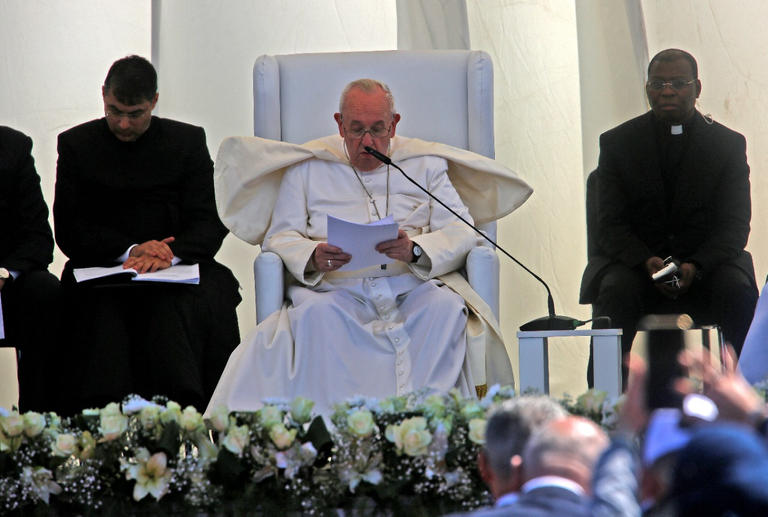 Shafaq News / A high-level source revealed that a grand theft took place after the Pope's visit to Ur ancient city.

The source, who preferred to remain anonymous, told Shafaq News Agency that a worker in the Lebanese company, contracted with the Presidency of the Republic to organize Pope Francis's reception ceremony,  took the chair of the Pope, on which the interfaith prayer mass was held in Ur, to an unknown location to transfer it outside Iraq. "

"The chair will be auctioned outside Iraq, and its price will be in the millions of dollars, which means that Iraq has lost a historical monument from its important effects."

On Global Forgiveness Day, foreign delegations visit the City of Ur

Pope Francis arrives in the Ancient City of Ur

The Pope's visit is vital to Iraq at many levels, Minister of Culture says