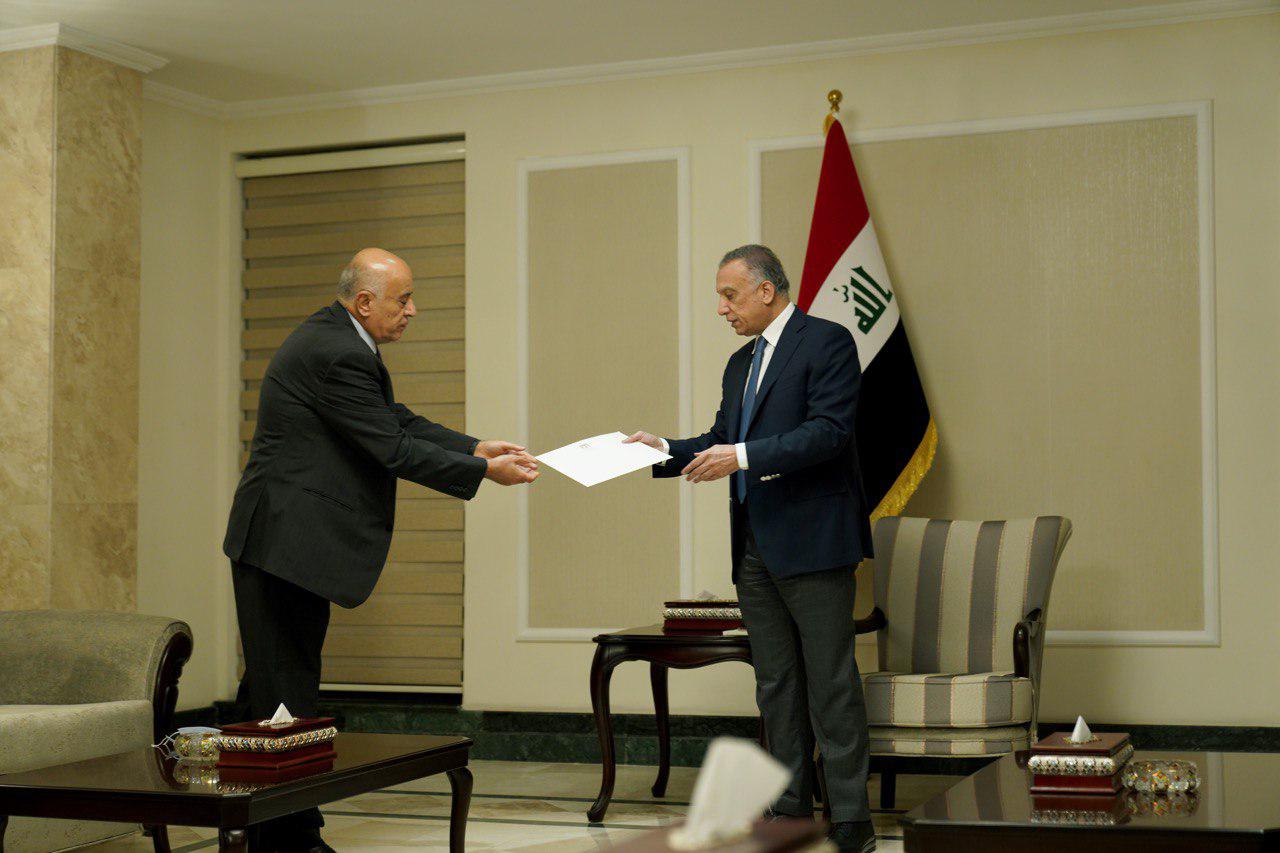 The message was delivered by the envoy of the Palestinian President and Deputy Secretary-General of the Fatah Movement, Jibril Al-Rajoub, during his meeting with Al-Kadhimi in Baghdad, according to a statement issued by the Iraqi government.

"The Palestinian issue is in the Iraqi conscience. The Palestinians in Iraq are not treated as strangers, but their temporary presence is in order to secure their right to return to their homeland”, Al-Kadhimi said.

Moreover, the meeting discussed the regional situation and bilateral relations between the two countries, as well as talks about activating the joint ministerial committee, according to the statement.

Rajoub is conducting an official visit that began on Wednesday evening and will last for two days, after being invited by the Iraqi Minister of Foreign affairs.

It is noteworthy that the number of Palestinian refugees in Iraq is estimated at 34,000, and their presence is concentrated in the capital, Baghdad.

Iraq's Prime Minister presents his government's achievements: we have the best relations with Kurdistan