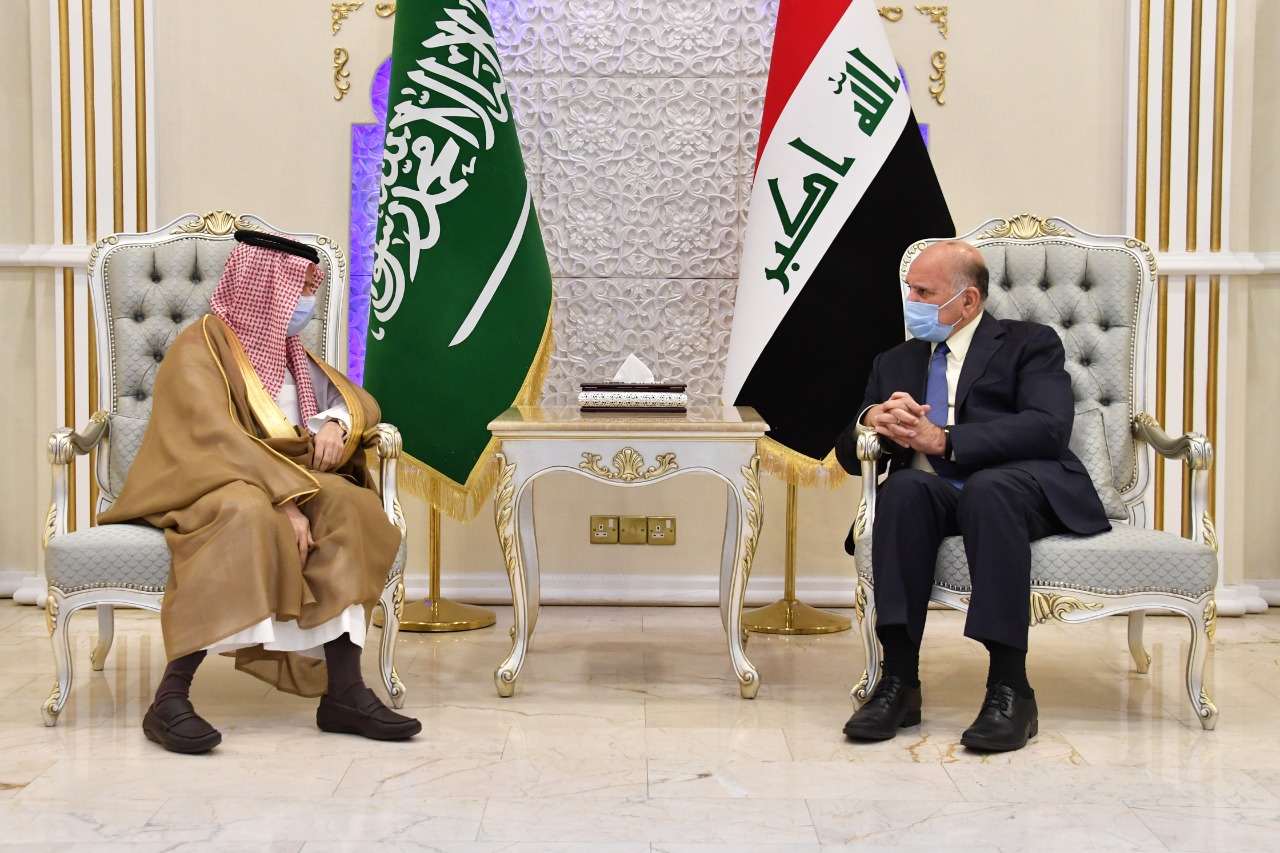 Shafaq News / The Iraqi minister of foreign affairs discussed with his Saudi counterpart, on Thursday, several important files, including the one regarding the electricity deal with the Gulf countries.

A statement issued by the Ministry of Foreign Affairs said, "Minister of foreign affairs, Fouad Hussein, received Prince Faisal bin Farhan, the Saudi Minister of Foreign Affairs, who is conducting an official visit to Iraq to discuss bilateral relations between Baghdad and Riyadh. The two sides agreed to activate the memorandums of understanding concluded by their previous governments.

The statement added, "The two sides also discussed ways to enhance economic and investment relations between the two countries, especially in the field of agriculture, petrochemicals, as well as supplying Iraq with energy.

The two sides discussed, according to the statement, "the results of the Iraqi Prime Minister to Washington, as well as the outcome of the tripartite summit held in Amman between Iraq, Egypt and Jordan".