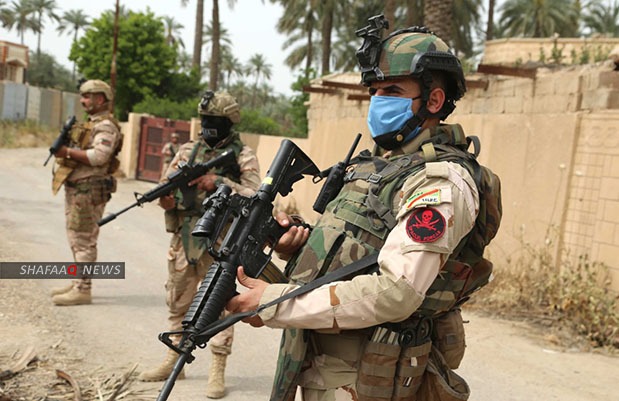 Shafaq News / A security source in the Iraqi army said today, Wednesday, that a large cache of weapons and explosives was destroyed in northeast Diyala in an intelligence operation.

The source told Shafaq News agency, "The fourth regiment of the 74th brigade in the army, supervised and followed-up of the commander of the Fifth Division, Major-General Adnan Salman Atad, managed to destroy a large cache of ammunition and explosives during a search and search operation in Imam Weis area, 75 km northeast Diyala."

The source indicated, "the cache contains light and medium devices, RBG launcher missiles, a defensive grenade and four explosive devices, and communication devices," explaining, "the operation was carried out upon accurate intelligence information."

The source highlighted the endeavor of the Iraqi Army Fifth Division in Diyala to continue tracking and pursuing ISIS dens and hideouts in the countryside and hot spots according to accurate intelligence information.