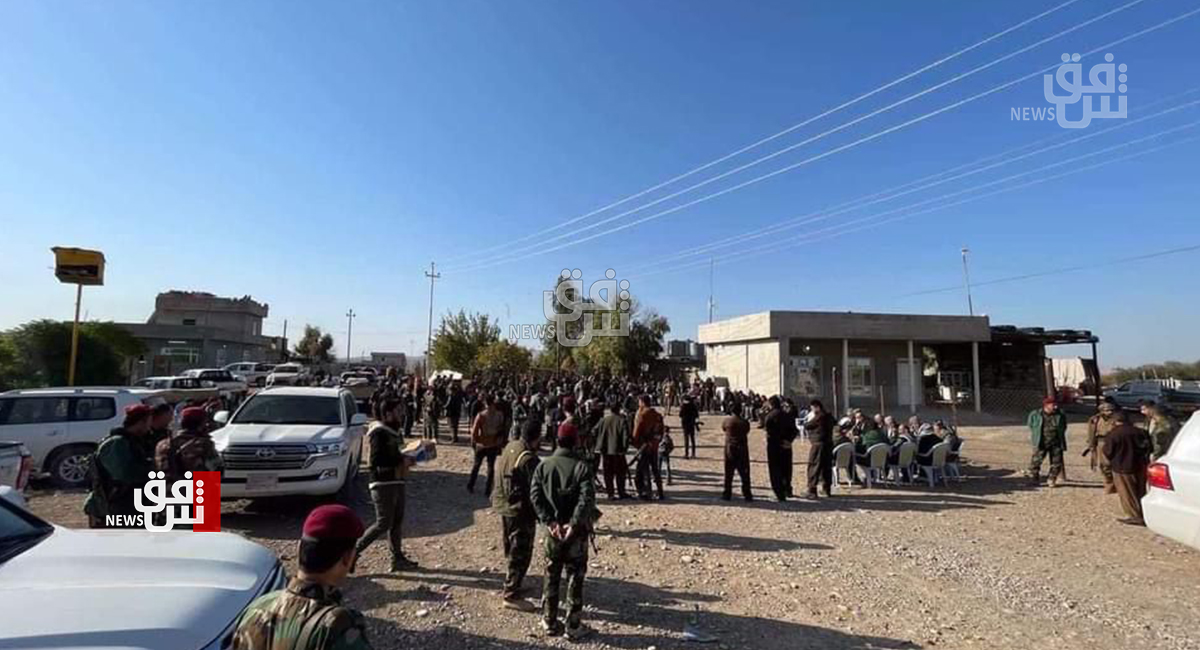 Shafaq News/ A joint military force of the Iraqi army and the Peshmerga launched a combing operation to pursue ISIS terrorists between Kirkuk, Nineveh, and Erbil governorates.

Earlier today, a Kurdish security source and witnesses reported that the residents of Lahiban village in Kirkuk have returned to their homes, after they left yesterday following ISIS threats.

The Qara Jokh mountain range between Nineveh and Kirkuk governorates, which is a relatively rugged area, is suitable for ISIS militants to hide, as represents a buffer zone between the Iraqi forces and the Peshmerga forces.

"We returned to our village today, and the Peshmerga forces are currently deployed here," Khader Ali, a resident of Lahiban village told Shafaq News Agency.

He added, "ISIS did not enter the village, but reached its outskirts yesterday evening and threatened to invade it, which prompted us to leave it", noting that a force from the Peshmerga promised that it would remain to protect the village and its residents from ISIS attacks.

For his part, a security source told Shafaq News Agency, that higher directives were issued to the second regiment of the First Brigade of the Peshmerga Command in Erbil to deploy in the village to protect it.

Late on Sunday evening, four members of the Peshmerga, including an officer, were victims of clashes with ISIS terrorists in Qara Salem village separating Erbil and Kirkuk.