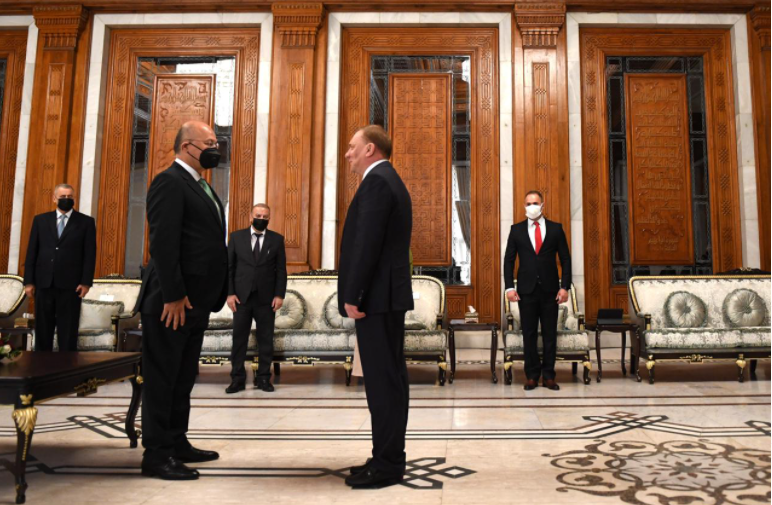 Shafaq News / The Iraqi President, Barham Salih stressed, the region's need to ease tensions, pointing out that Iraq's stability is anchored in the whole region's security.

This came during a meeting between the Iraqi President, and the Deputy Chairman of the Government of the Russian Federation, and the Head of the Russian side in the Iraqi-Russian Joint Committee, Mr. Yury Borisov.

A statement by the Presidency of the Republic said that Borisov transferred the greetings of Russian President Vladimir Putin to President Barham Salih, adding that both sides discussed relations between the two countries and developing them, stressing the importance of enhancing cooperation in security, defense, trade, and economy fields.

According to the statement, the two sides discussed the work of the Iraqi-Russian Joint Committee, while Salih affirmed, "the region is facing many challenges. Work and coordination should be made to overcome differences and reduce imbalances and tensions through dialogue."

For his part, Borisov affirmed his country's support for "the stability and sovereignty of Iraq, its efforts in combating terrorism and establishing security, as well as Russia's aspiration to strengthen bilateral relations between the two countries at all levels."