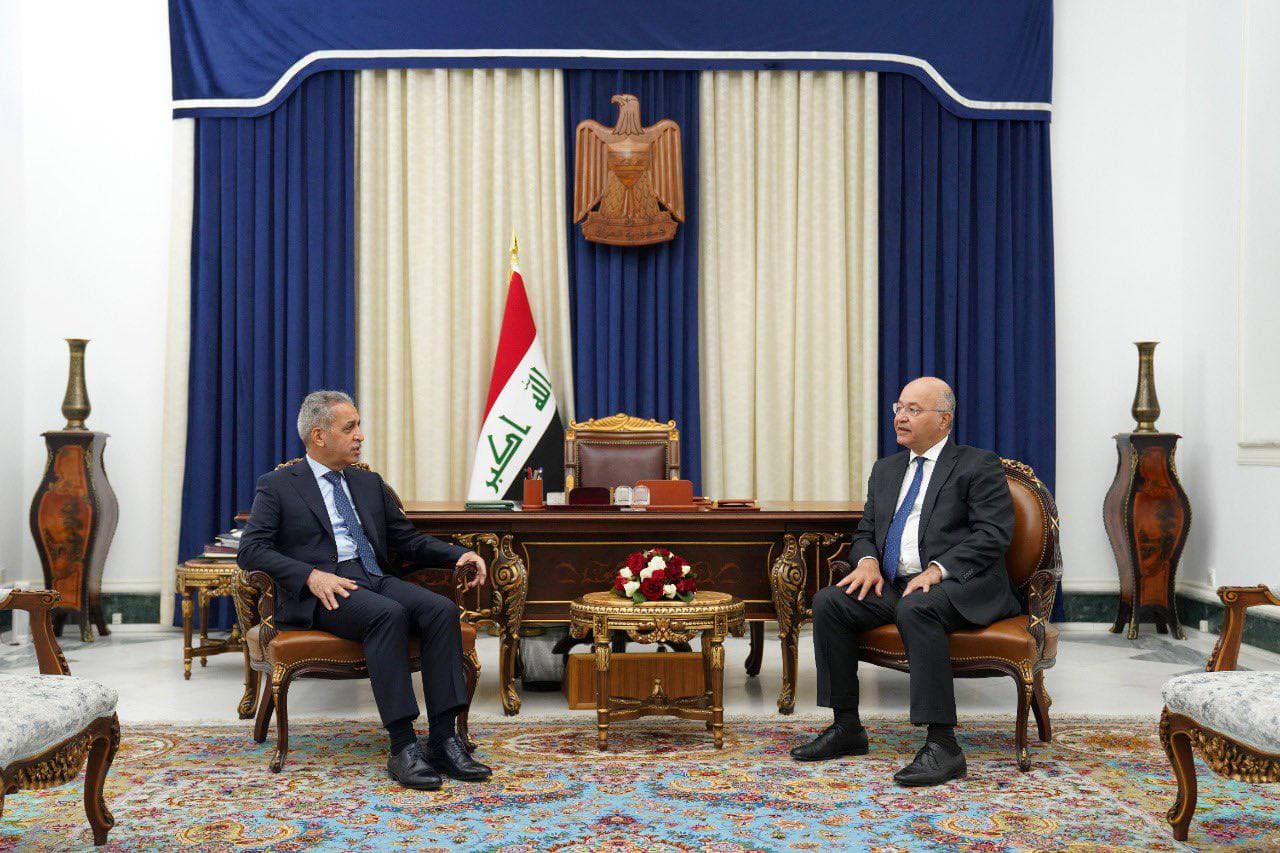 Shafaq News / The Iraqi President and The President of the Supreme Judicial Council of Iraq stressed, on Tuesday, the importance of expediting appeal of the Federal Supreme Court law.

A statement by the Presidency stated, The President, Barham Salih, discussed with the President of the Supreme Judicial Council, Judge Fayeq Zaidan The upcoming elections, and emphasizing the necessity to join efforts to ensure the independence and integrity of the electoral process which could restore the citizen's confidence in the system, and enabling them to exercise their right.”

"The two sides also stressed the importance of approving the Federal Supreme Court law, and cooperation between the Presidency and the Supreme Judicial council the field of enacting laws required for the next stage, and supporting the role of the judiciary to combat corruption and establish justice."

PUK is sticking to nominating Barham Salih for Iraqi Presidency