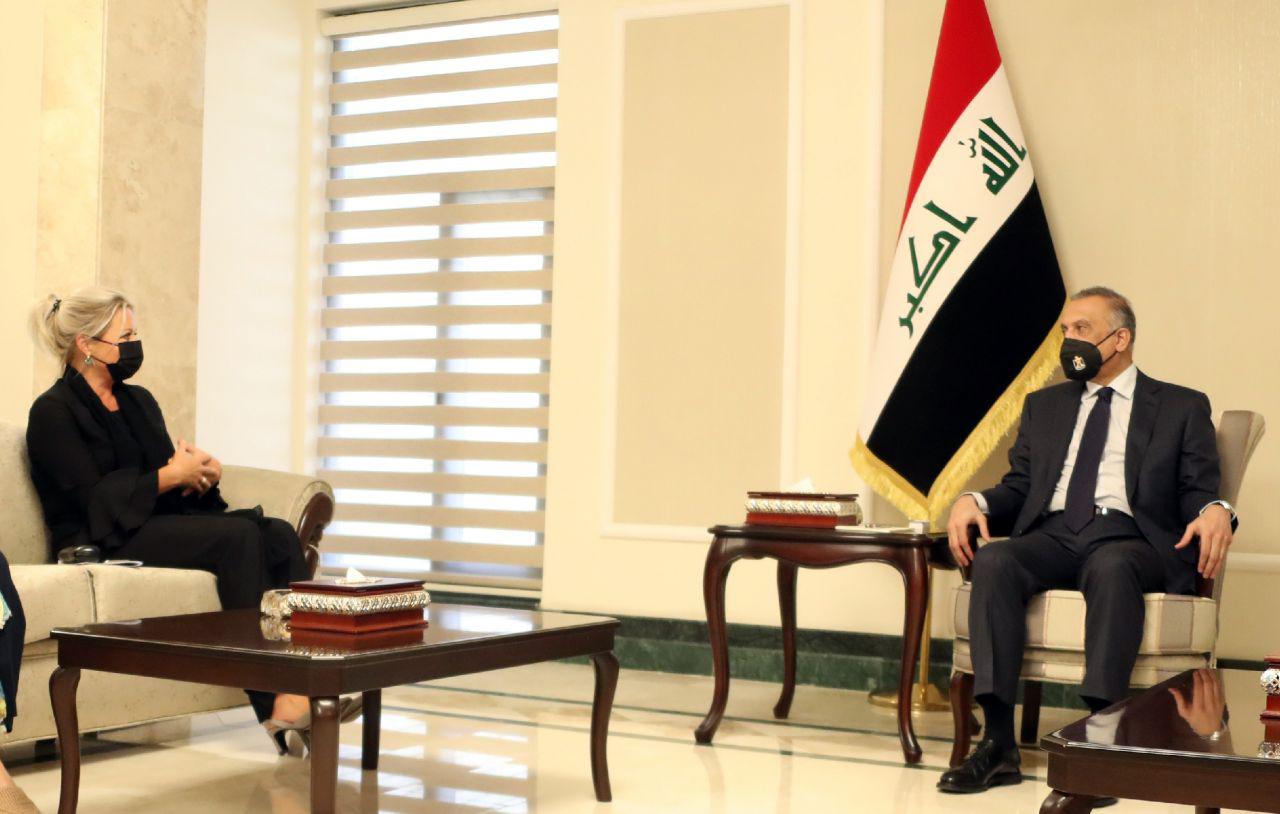 Shafaq News / The Iraqi Prime Minister, Mustafa Al-Kadhimi and the Special Representative of the Secretary-General of the United Nations in Iraq, Jenin Plasschaert, discussed on Saturday the role of the "UNAMI" mission in the upcoming early parliamentary elections.

This came in a meeting between them at the government headquarters in Baghdad, according to a statement issued by Al-Kadhimi's office.

"During the meeting, they discussed joint cooperation with the UN mission in the field of coordination to hold early elections, and its role in monitoring to ensure free and fair elections," the statement said.

The role of the United Nations Mission and the government efforts in the displaced persons file was also discussed,, according to the statement.

Al-Kadhimi had set June 6, 2021 as the date for early elections, pledging to conduct a fair voting process .

UNAMI: State institutions must operate unimpeded in service of the people

UNAMI calls on Sadrist protestors to withdraw from the Green Zone