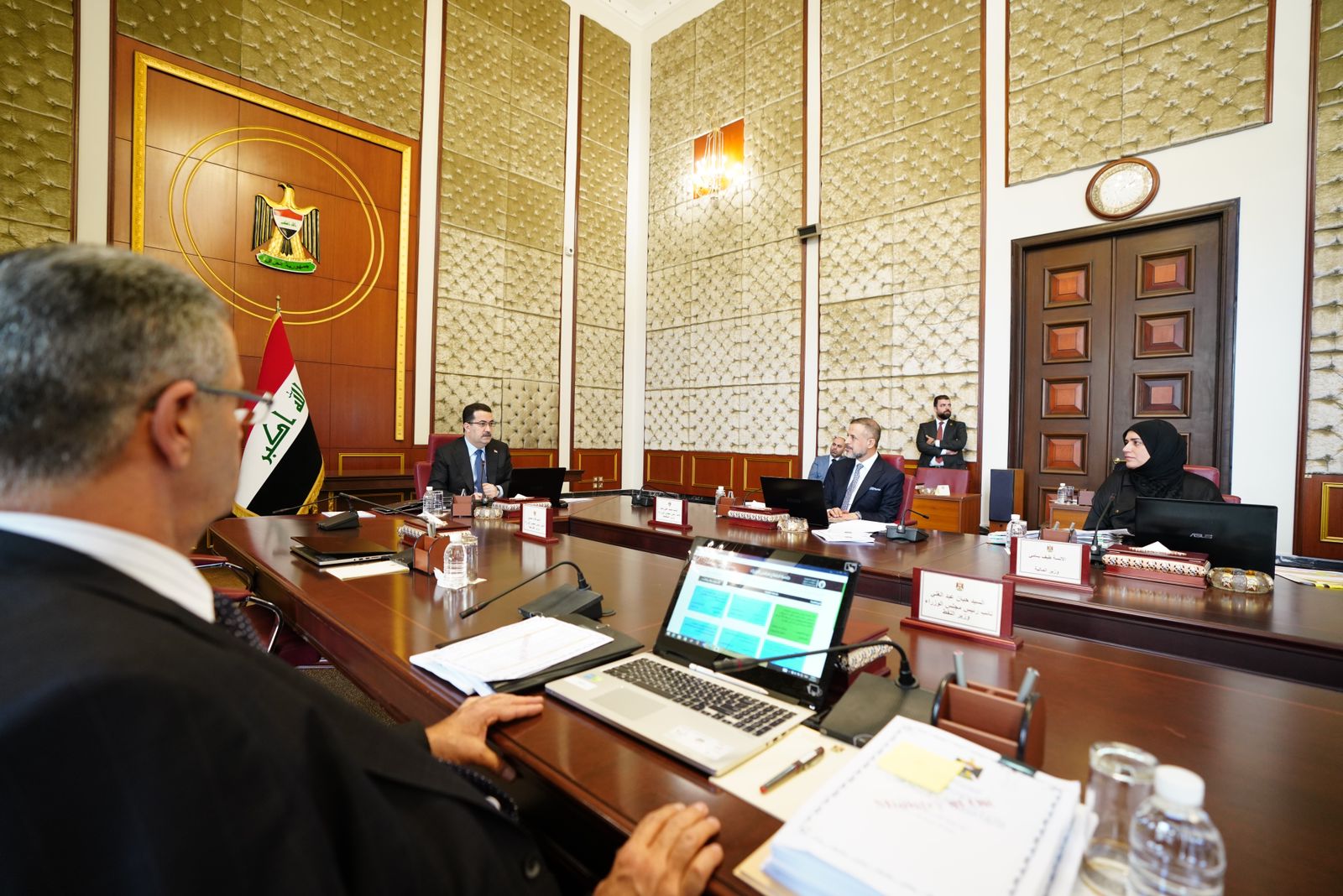 The Cabinet members discussed the latest developments in the country and several significant topics and issued several directives.

Concerning regulating the workforce environment in Iraq, the Prime Minister directed the formation of a governmental committee to review the issue of foreign workers in Iraq and to control it according to a legal framework.

The Council of Ministers discussed a topic related to the abolition of the privileges of officials and the implementation of the law issued in this regard. As a result, the Council approved the issuance of instructions to facilitate the implementation of Law No. 28 of 2019 on canceling financial privileges for state officials, based on the provisions of Article (80/item III) and Article (10) of Law on canceling financial privileges for state officials, taking into consideration The opinion of the General Secretariat of the Council of Ministers confirmed by the legal department's memorandum signed on November 17, 2022.

The Council of Ministers discussed the issue of the tax on mobile phone recharge cards and mobile internet service, which caused the high cost of communication in Iraq, the Council of Ministers decided to stop deducting the sums collected from the mobile phone service and the internet recharge service amounting to (20%) starting from December 1, 2022. The Communications and Media Commission will implement this decision and take proper measures to recover the amounts collected and send them to the state treasury as soon as possible.

The Council of Ministers discussed the issue of government officials' delegations and the need to amend travel mechanisms to "follow the correct legal standards to achieve the desired delegation goals and achieve the public interest in addition to controlling spending."

As a result, the Council approved no permission to transfer from any account to the travel and delegation account.

"Travel shall be exclusively on Iraqi Airways if there are direct flights at Iraqi Airways to the destination country on the day of travel."

The Council of Ministers deliberated on the Covid-19 pandemic issue, which is currently declining in cases in Iraq and the world, accompanied by easing the measures imposed. In light of the reports issued by the Ministry of Health, the Council of Ministers approved the cancellation of three committees, the Higher Committee for Health and National Safety, the Higher Advisory Committee for National Health and Safety, and the committee to strengthen government measures in the areas of prevention, health control, and awareness.

To do justice to the Basra Governorate's education directorate retired individuals. To address the problem of delayed pension and disbursing their rewards, the Council of Ministers agreed that the Retirement Fund would receive the files of Basra's education directorate retirees mentioned in the Federal Supreme Audit Board report grant them their pension rights were paid from the date of their retirement. The Ministry of Finance / Budget Department listing the amount (2294769840) dinars, which appears in the Directorate for the year / 2021, in the draft federal budget law for the fiscal year / 2023.

In the same context, the Council of Ministers approved granting allowances of no more than 30% to social workers and employees of the social protection network, based on Article (15) of Law (22 of 2008). Work is underway starting from December 1, 2022, according to the mechanism followed in the Council of Ministers' decision. (15 for the year 2022).

The Council also approved authorizing the Minister of Finance to continue borrowing from (Exim Bank), to finance infrastructure projects in Iraq, as stated in the memorandum of understanding signed between the Ministry of Finance and the Exim bank, provided that the beneficiaries sign a contract

When the bank mentioned above does not finance the total and listed amounts, it is considered an investment project funded by the public treasury. The Cabinet decided.

The Iraqi Cabinet meeting holds at a Military Base

Cabinet refers a bill on Ibn Khatib victims to the Parliament