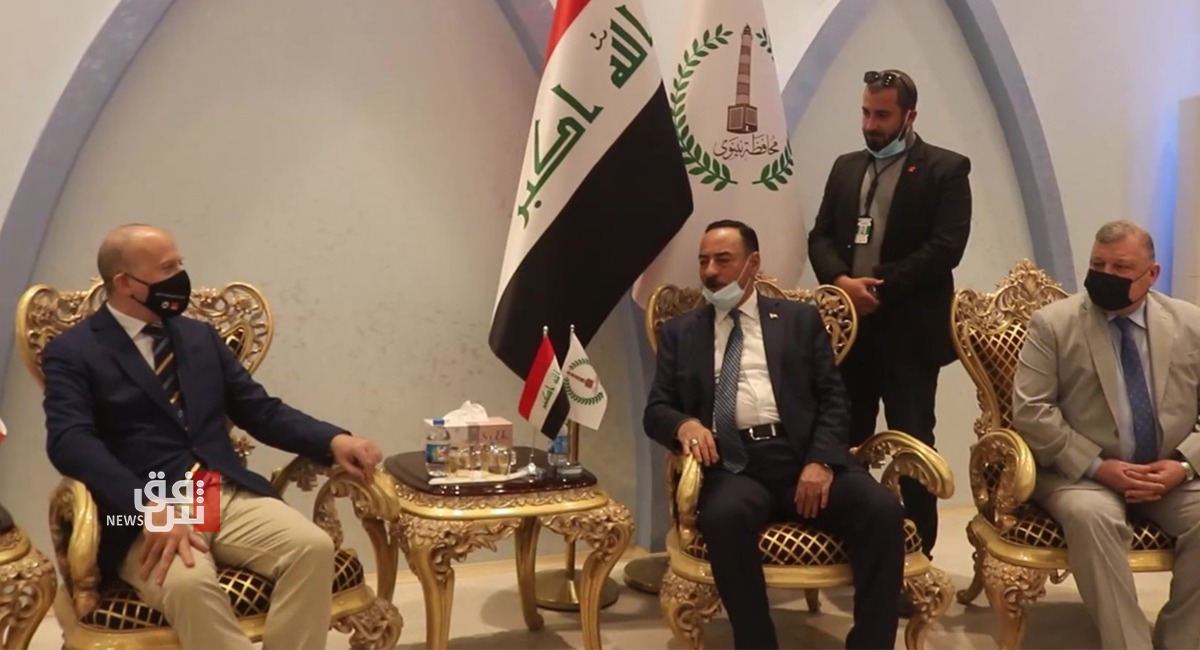 Shafaq News / The ambassadors of France, Germany and Denmark visited Nineveh Governorate and discussed the files of reconstruction, displaced persons, and the Sinjar agreement, with the governorate's local administration.

The French ambassador to Iraq, Bruno Aubert, said in a press conference that his country is preparing a study that will continue until June of this year to reconstruct Mosul airport."

Aubert expected that the airport's reconstruction will begin in the ninth month of the current year.

In his turn, German Ambassador Ole Diehl said that his country stands with the Iraqi government's decision to close the displacement camps without transferring problems from one place to another.

While the Danish ambassador, Stig Paolo Pires, spoke about the importance of the city of Mosul, stressing, "the importance of implementing the agreement between Baghdad and Erbil regarding Sinjar, so that the majority of Yazidis can return to their areas of residence and end their displacement, which has been continuing since 2014."