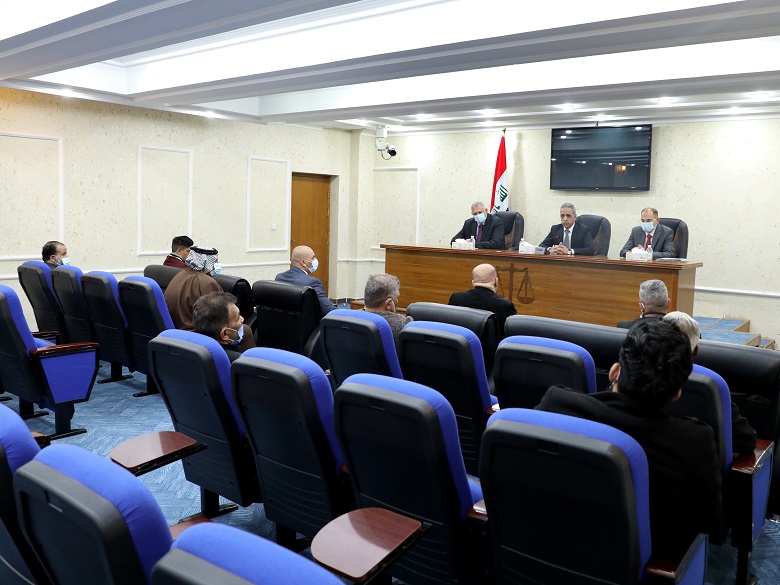 Shafaq News / The head of the Supreme Judicial council met on Sunday a delegation of the families of Dhi Qar demonstrations victims.

A statement issued by the media office of the council said that the head of the Supreme Judicial Council, Faiq Zaidan, received representatives of the families of the martyrs of the demonstrations in Dhi Qar Governorate.

The statement indicated that Zaidan “discussed with them the judicial procedures to hold the killers of the demonstrators accountable,” noting, “the Head of the Public Prosecution and the Head of the Judicial Supervision Authority attended the meeting.”

On Friday, November 27, 2020) a security source reported that the clashes that occurred between supporters of the Sadrist movement and demonstrators in Al-Haboubi Square in Nasiriyah, the center of Dhi Qar Governorate, in southern Iraq.