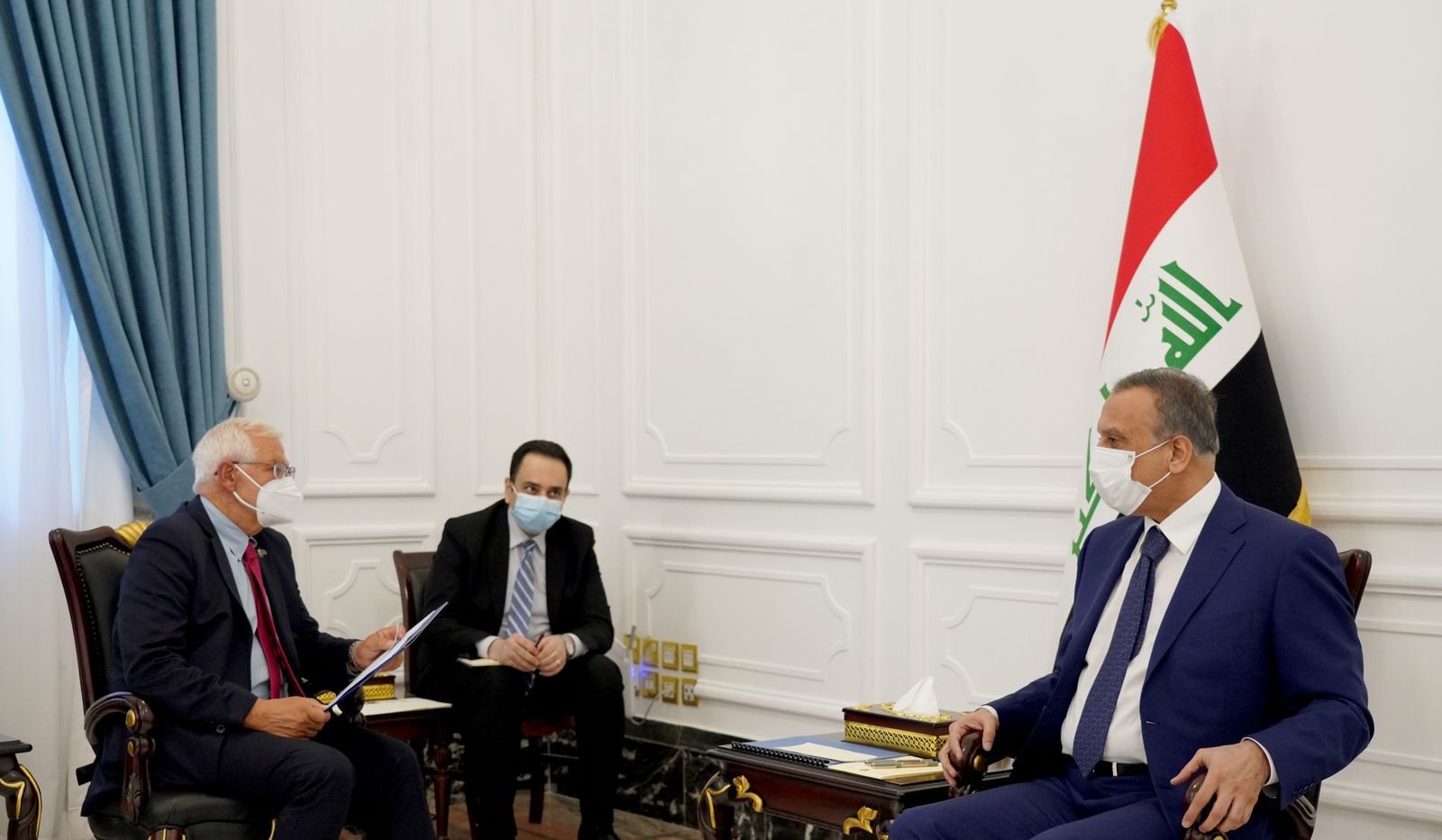 Shafaq News/ On Monday, the European Union affirmed its commitment to support Iraq at all levels.

The PM's office said in a statement, "Prime Minister Mustafa Al-Kadhimi received the High Representative of the European Union for Foreign Affairs and Security Policy Josep Borrell and his accompanying delegation.”

Al-Kadhimi indicated that Iraq greatly emphasizes the relationship with all European Union countries in political, economic, and cultural fields.

The Iraqi PM added, "Iraq is keen to benefit from the European experience in changing diversity into a strength by following democratic mechanisms."

For his part, Borrell confirmed The European Union's commitment to supporting Iraq at all levels. He praised the Iraqi government's reform efforts and steps to develop renewable and clean energy, stressing the Union’s keenness to support the upcoming Iraqi parliamentary elections by sending observatory teams from the European Commission and Parliament.”