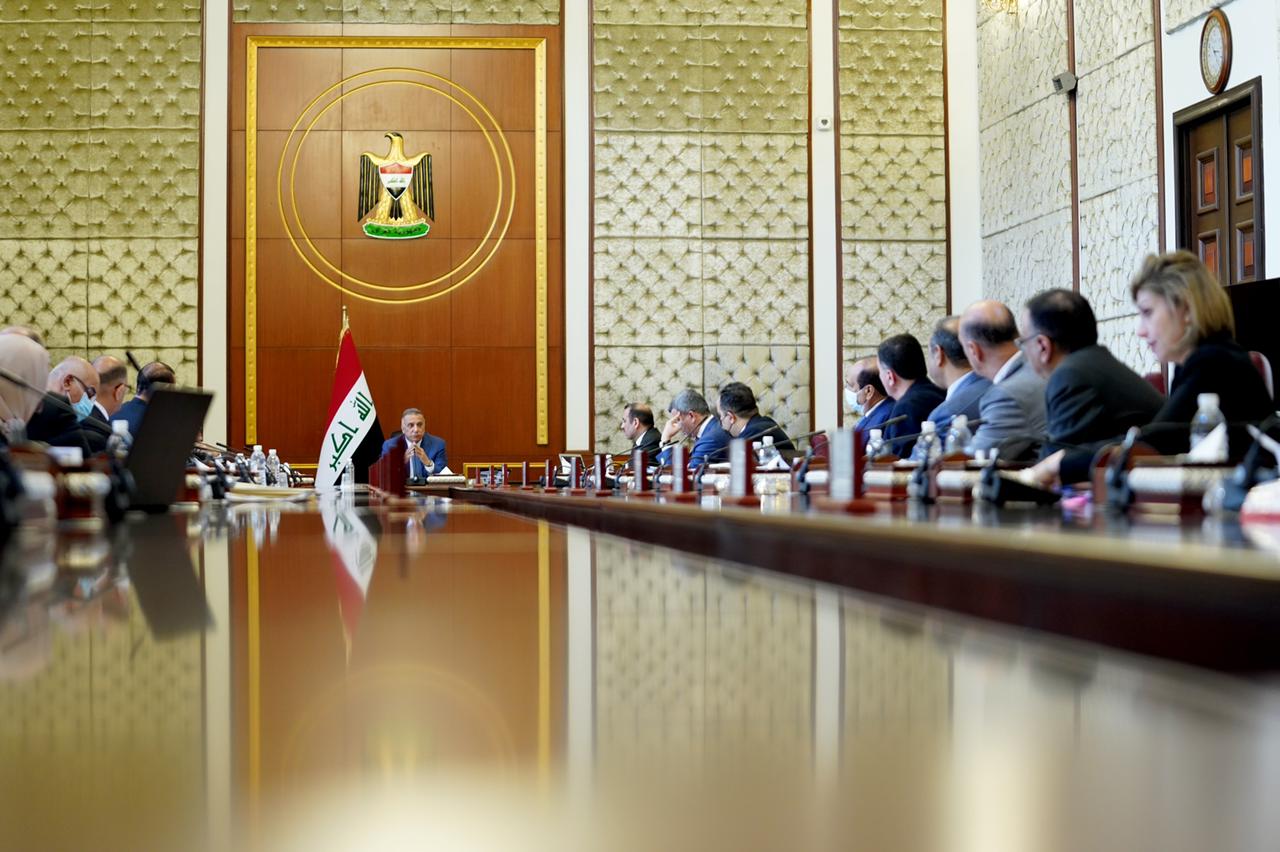 Shafaq News/ During its weekly session, the Iraqi Council of Ministers, exchanged views on emerging issues in the Iraqi arena.

Al-Kadhimi's office said in a statement that during the session, he renewed his previous instructions for the ministers to put more effort into creating a stable electoral atmosphere to hold the elections in a way that ensures wide participation.

He also called on all ministries to support the Electoral Commission to perform its duties optimally.

Al-Kadhimi commended Iraq's success in hosting the trilateral summit, in the presence of Jordan's King Abdullah II and Egyptian President Abdel Fattah El-Sisi, within the framework of Iraq's openness to its Arab surroundings, restoring its regional role, and building complementary relations based on mutual interests to achieve the stability and well-being of peoples.

The Cabinet session reviewed the Committee's work to Strengthen Governmental Measures to limit the spread of COVID-19 in several areas, especially amid the recent surge in the number of cases and its efforts in securing vaccines and distributing them to health institutions in the governorates.