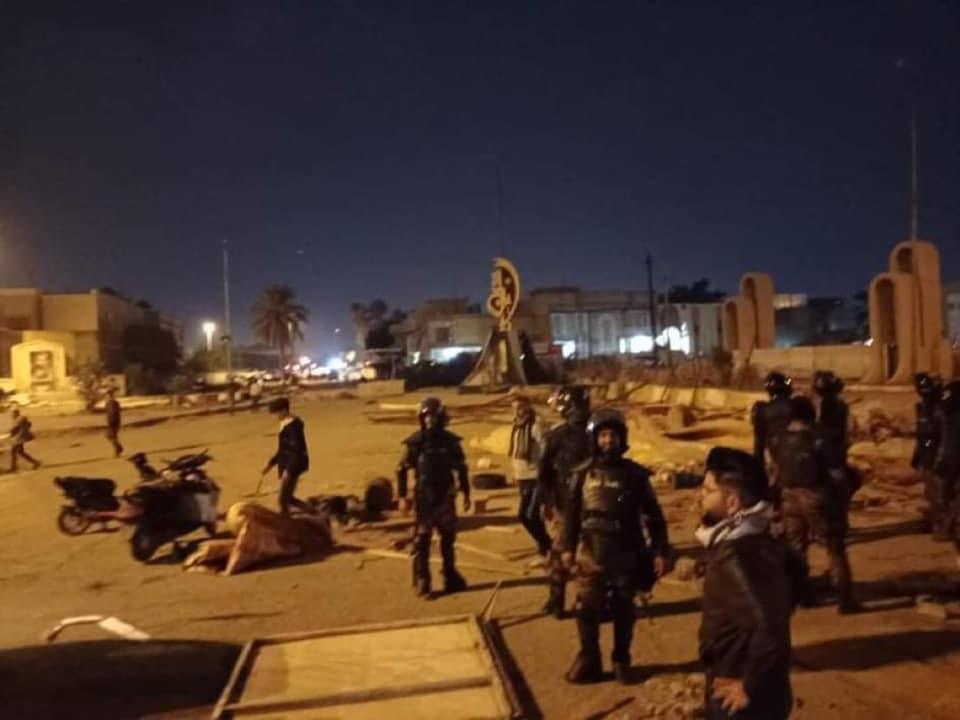 Shafaq News / The British Embassy in Baghdad condemned, on Saturday, the violent response by the Iraqi forces to peaceful protests.

“I condemn the violence against protesters in Nasiriya and other cities. There can be no justification for such senseless killing. I call on the Iraqi authorities to protect peaceful protesters from attacks and to bring to justice those responsible.” The British Ambassador to Iraq said in a tweet today.

On the previous period, the security forces and armed factions carried out violent operations against protesters in different governorates including Dhi Qar and Wasit squares, where protesters were killed and dozens were wounded.

The Iraqi government said that nearly 560 protesters and security forces were killed in months of anti-government unrest that erupted last year.

Prime Minister Mustafa al-Kadhimi’s new government has pledged to investigate the deaths and incarceration of hundreds of protesters in unrest that unseated the previous government last year.

Protests began on Oct. 1 and continued for several months, with hundreds of thousands of Iraqis demanding jobs, services and the removal of the ruling elite, which they said was corrupt.

The protests led to the resignation of Prime Minister Adel Abdul Mahdi, who was replaced in May by Kadhimi, a former intelligence chief.

Sirens sounded in a US base in Baghdad