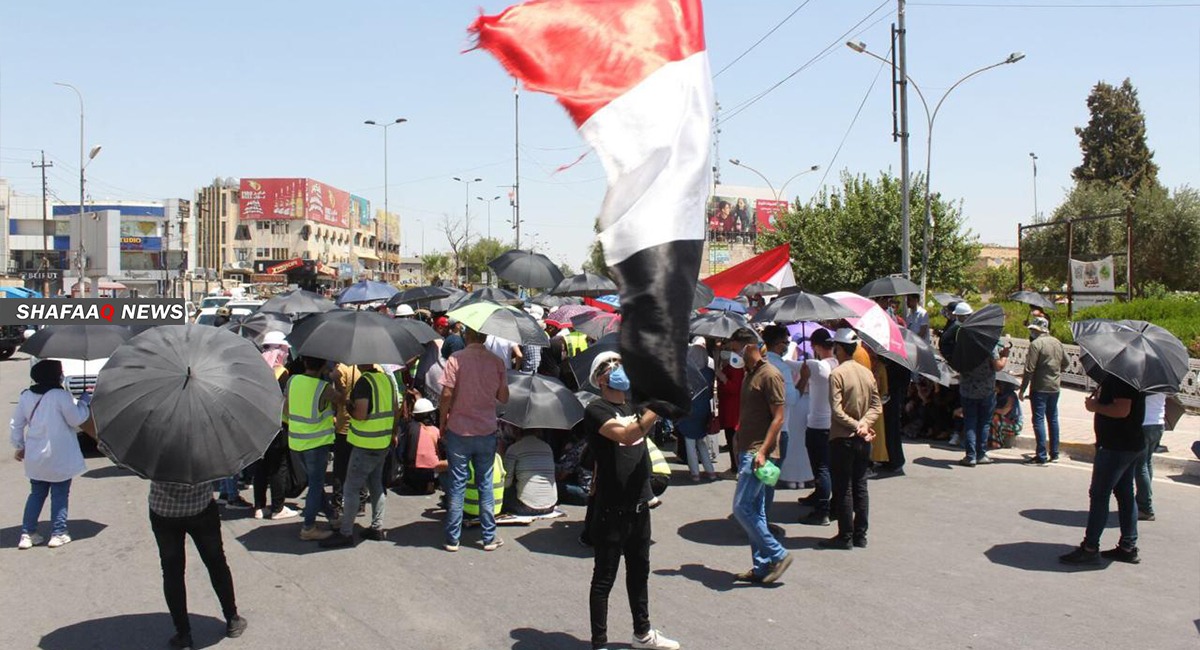 Shafaq News / Graduated student of the Faculty of Engineering in the University of Kirkuk continue their sit-in next to the governorate building for the 3rd day.

Shafaq news agency’s reporter in Kirkuk the protestors had graduated about 10 years ago, and they applied for job position without success. He also pointed out that they had decided not to end their movement until the government fulfills its promises.

Adding that the governor met the protestors and had promised them to bring the problem to the Federal Government.

Kurdish tribes warn of the "Arabization" of Kurdish lands in Kirkuk