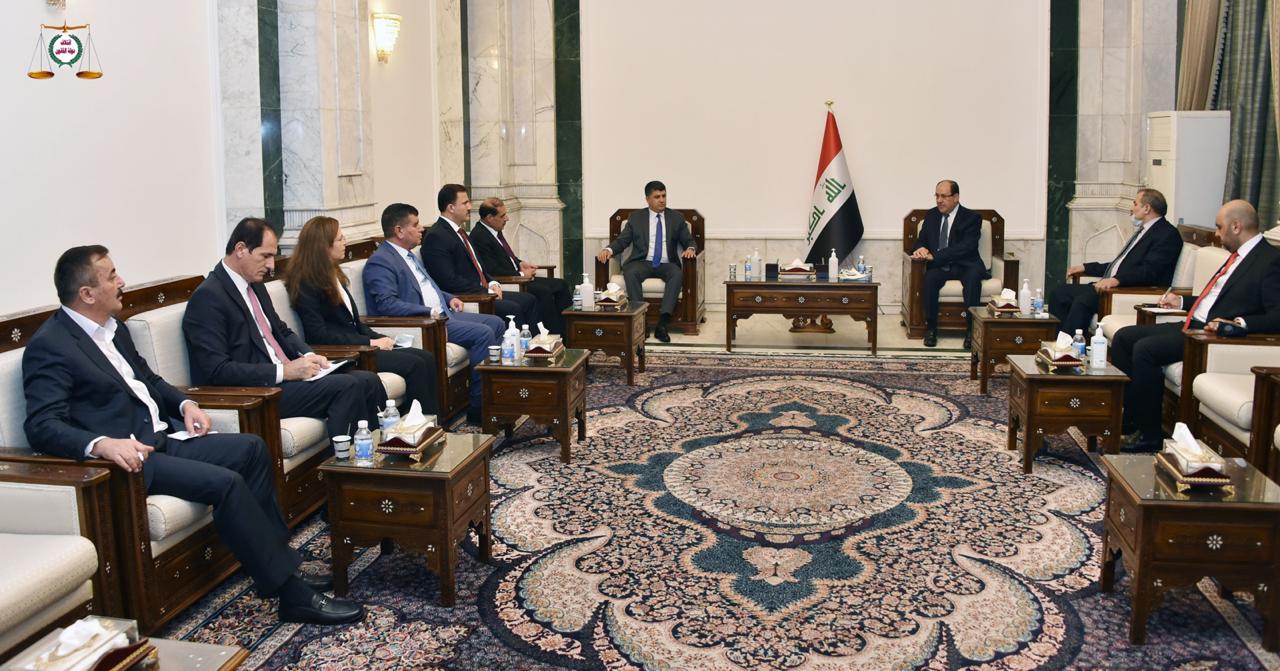 Shafaq News / The Secretary-General of the Islamic Dawa Party, Nuri al-Maliki, and the co-chair of the Patriotic Union of Kurdistan, Lahore Sheikh Genki, agreed on Wednesday to combine efforts and work with the political forces in Parliament in resolving important files related to the elections.

Al-Maliki's office said in a statement received by Shafaq News agency that "the latter received in his office the co-chair of the Patriotic Union of Kurdistan, Lahore Sheikh Genki, and his accompanying delegation, and during the meeting, developments in the political and security situation, confronting crises and ending disputes between the center and the region according to the law were discussed.”

Al-Maliki stressed "the importance of strengthening bilateral relations between the two blocs referring to the important role the Patriotic Union of Kurdistan plays in Baghdad and Erbil."

The two sides agreed, according to the statement, to "work with political forces within Parliament in resolving important files related to elections and cooperate to find a law that guarantees justice for all," calling on the government to "ensure a safe  environment for conducting  Fair elections that meet international standards. "

At the same time; The President of the Kurdistan Region, Nechirvan Barzani, arrived this morning, Wednesday, to Baghdad, where he met Prime Minister Mustafa Al-Kazemi and Parliament Speaker Muhammad al-Halbousi, provided that he would meet with French President Emmanuel Macron, who is also visiting Baghdad.

Al-Jumhuriyah bridge to be reopened soon