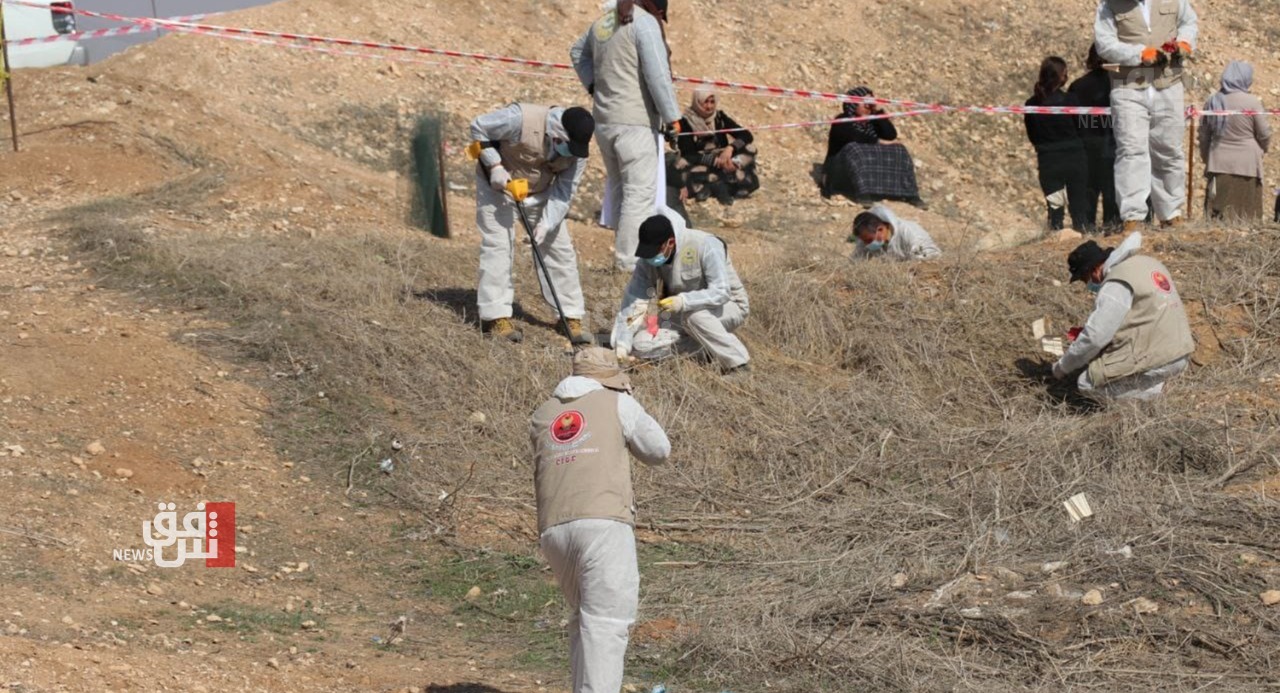 Shafaq News agency's reporter said that representatives of government institutions, local and international organizations attended the ceremonies that were held on this occasion, in Hardan village, Sinjar.

The head of the Yazidi Organization for Documentation (specialized in documenting crimes committed against the Yazidi minority), Khayri Ali, told Shafaq News agency that the international and local investigation teams started working today to excavate the remains of the victims.

He added that the number of victims in these mass graves is still unknown, but can be estimated at 70 people, pointing out that the excavations will last for 21 days.