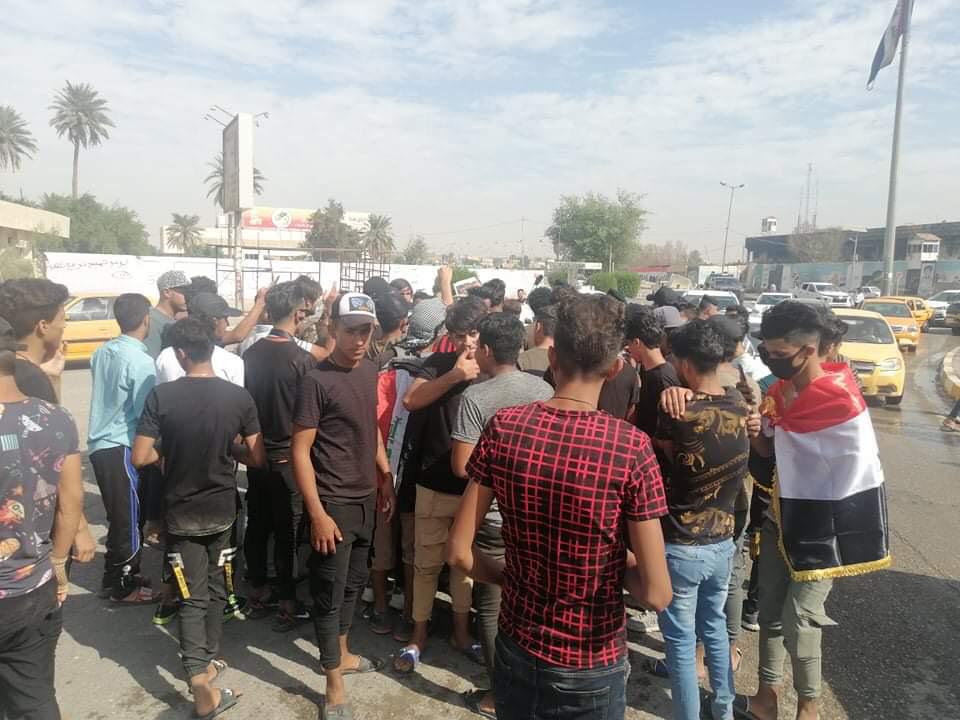 Shafaq News / Five protestors were injured on Sunday in clashes with law enforcement officers after they tried to lift barbed wire from a main street in Baghdad.

Earlier today, the security services in Baghdad tightened their measures at the western and eastern entrances to the capital, in conjunction with the October 25 anniversary demonstrations.

Major General Yahya Rasool, spokesman for the Commander in Chief of the Armed Forces, called on the protestors not to demonstrate outside Al-Tahrir Square in Baghdad, as it is fully secured.

The most heavily protected area in Baghdad takes preventive measures