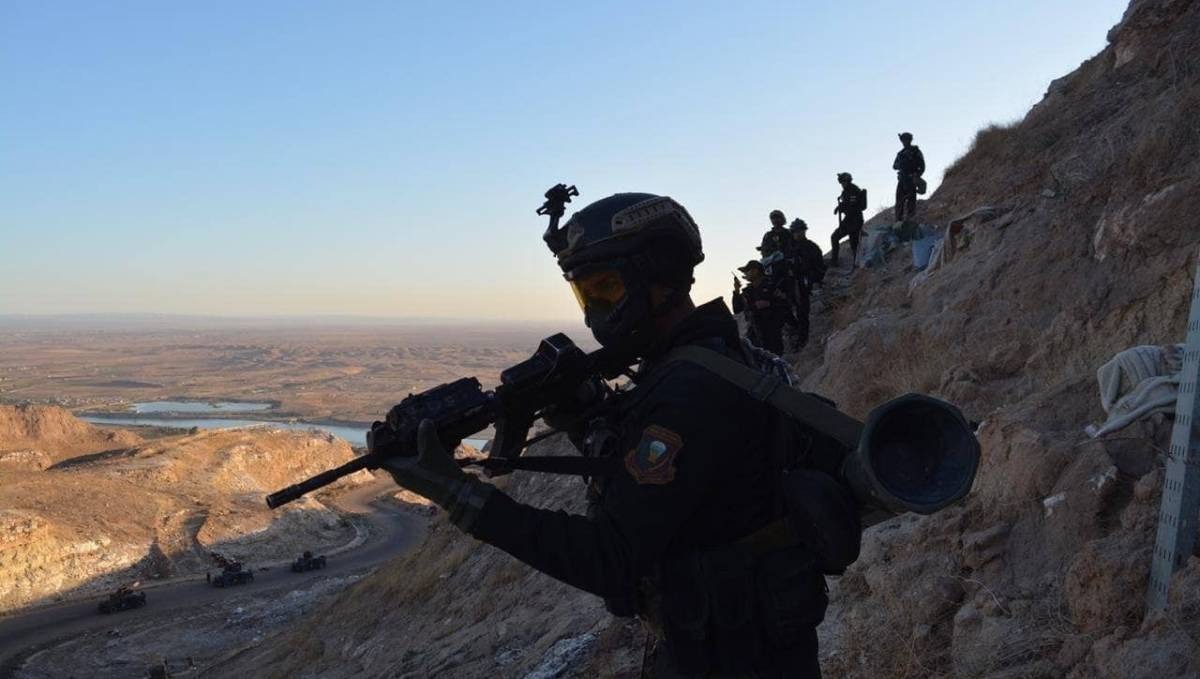 Shafaq News / The Security Media Cell announced killing seven ISIS terrorists after destroying their hideout on the borders between Saladin and Nineveh.

The Cell said in a statement that the site was a 140 meters long cave used as a command for the terrorist organization, and was destroyed by Iraqi F-16 aircraft.

The statement added that the operation was carried out after intensive work and cooperation between the security and intelligence agencies.