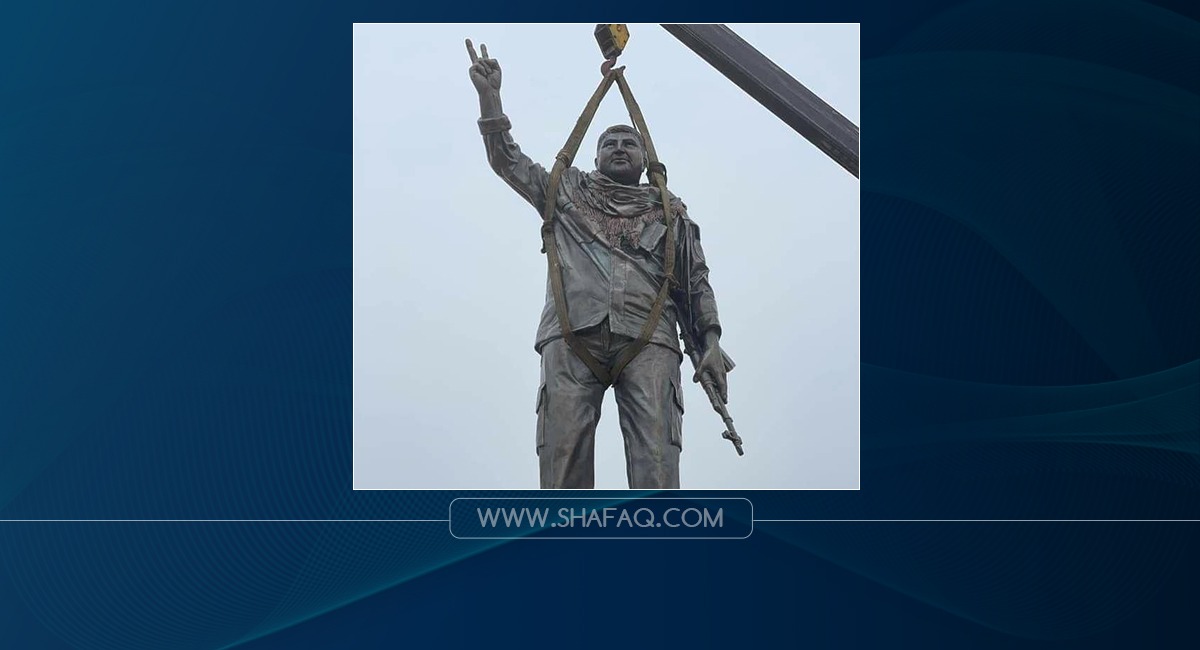 Shafaq News/ Security forces were given the green light to deal with any Irregularities that might occur in the aftermath of removing the Statue of the People Defense Units (YPG) leader in Sinjar, a security source revealed on Saturday.

YPG fighters and supporters were infuriated when the security forces removed the statue of a leading figure who died in a Turkish airstrike.

"Security authorities confirmed that the statue the YPG wants to erect in Sinjar will not be returned," the source said.

"Three armed regiments from the Iraqi army were deployed in the vicinity of the district to enforce the security forces stationed inside in case things escalated."

"There are instructions from Baghdad to deal with any situation," the source continued, "so far, the threats made have not been more than some Facebook posts."