Security forces arrest a leader of ISIS in Kirkuk 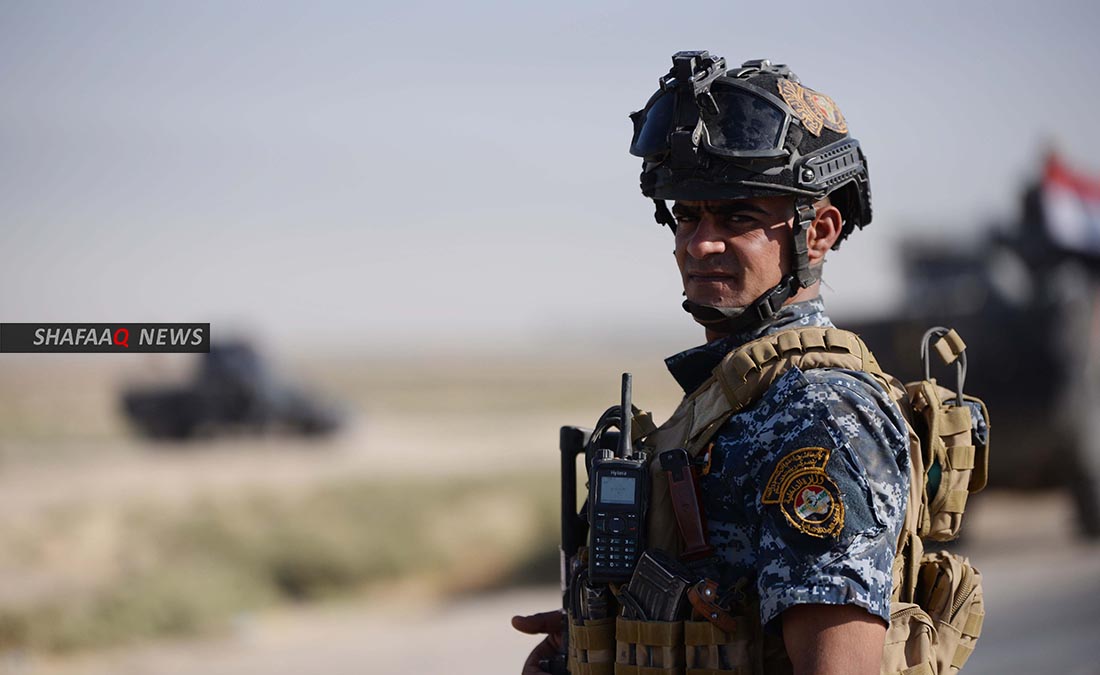 Shafaq News / The intelligence agency of the Iraqi Ministry of Interior announced on Wednesday eliminating the "Mufti of Sharia" in Kirkuk State, Al-Rashad district.

An intelligence statement received by Shafaq News agency stated, "after receiving intelligence information about the presence of a wanted ISIS terrorist gang, a specialized group was formed from the intelligence agency detachments represented by the Federal Police Intelligence in the Ministry of Interior".

The statement added, "after setting up a tight ambush, a terrorist leader of ISIS wanted per the provisions of Article 4 terrorism was arrested for belonging to ISIS terrorist gangs. The terrorist worked as Sharia Mufti in the so-called Kirkuk / Rashad district".

The statement continued, "in preliminary investigations, he confessed for his belonging to those criminal gangs and providing logistical support to ISIS militants. He also indicated that he is from an ISIS family who has two brothers and a cousin within the ranks of ISIS gangs. Moreover, his sister is the wife of one of the leaders of ISIS in Kirkuk province ".

"The defendant's statements have been taken and he was referred to the judiciary to complete his investigative papers to obtain his fair penalty", the statement.

Security forces in Kirkuk vote and protect the elections process

An explosion killed an Iraqi soldier in Kirkuk