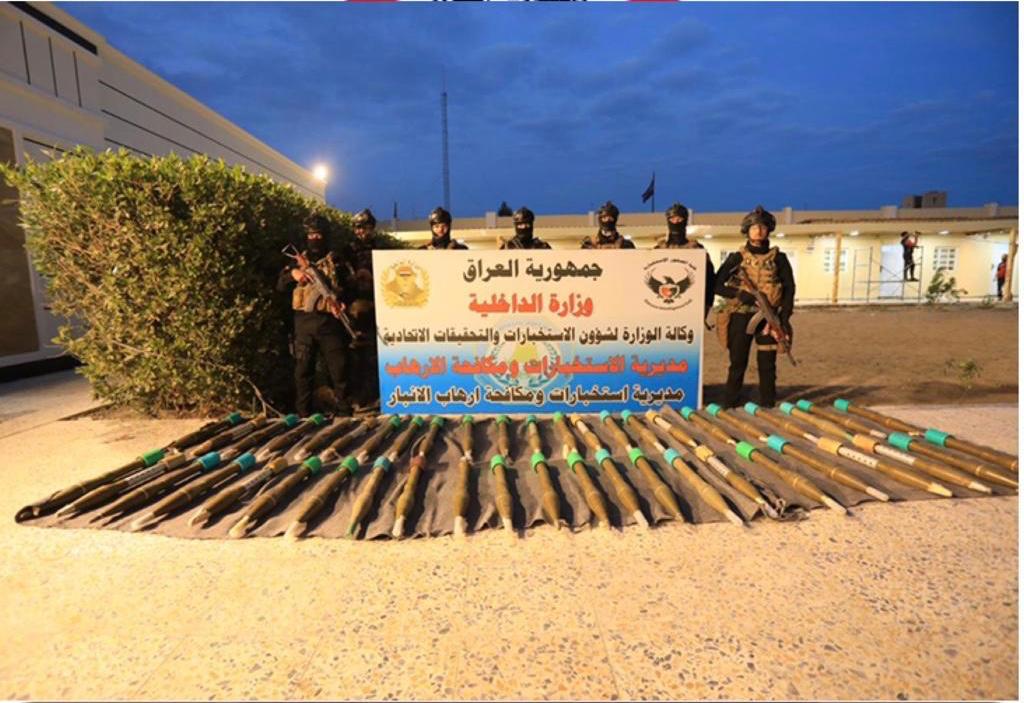 Shafaq News / The Iraqi intelligence agency announced that it had thwarted an operation to target Al-Anbar Governorate building as well as security and service departments, confirming the arrest of 13 terrorists and the seizure of 46 missiles.

The agency indicated in a statement that the terrorists admitted that they belonged to those criminal gangs in which they worked in the so-called states of Al-Barakah, Euphrates, Al-Anbar, and Fallujah, entered special camps for training, and carried out several terrorist operations, including attacks on security forces, as well as kidnapping and killing police personnel.