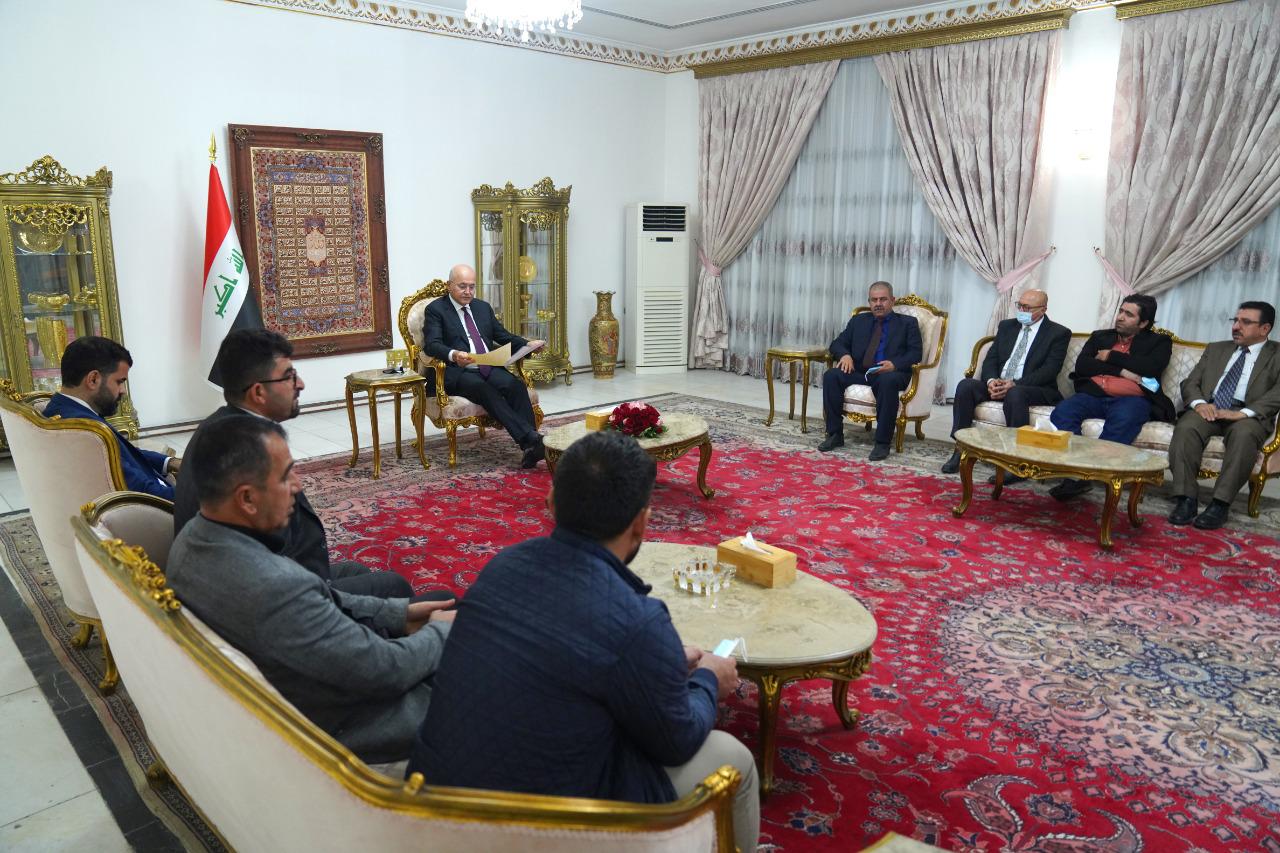 Salih indicated that securing financial dues is based on the principle of justice to all Iraqi people, without any discrimination.

He also stressed that Baghdad and Erbil Governments should work seriously to and reach a comprehensive agreement to solve the financial issues particularly the salaries.

On the other hand, Shafaq News Agency obtained a draft federal budget bill,

The bill stated the export price of a barrel of oil at $ 42, at an export rate of (3,250) million barrels, including (250) thousand barrels of crude oil produced in the Kurdistan Region.

Salih discusses with the Kurdistan delegation solutions to the outstanding issues