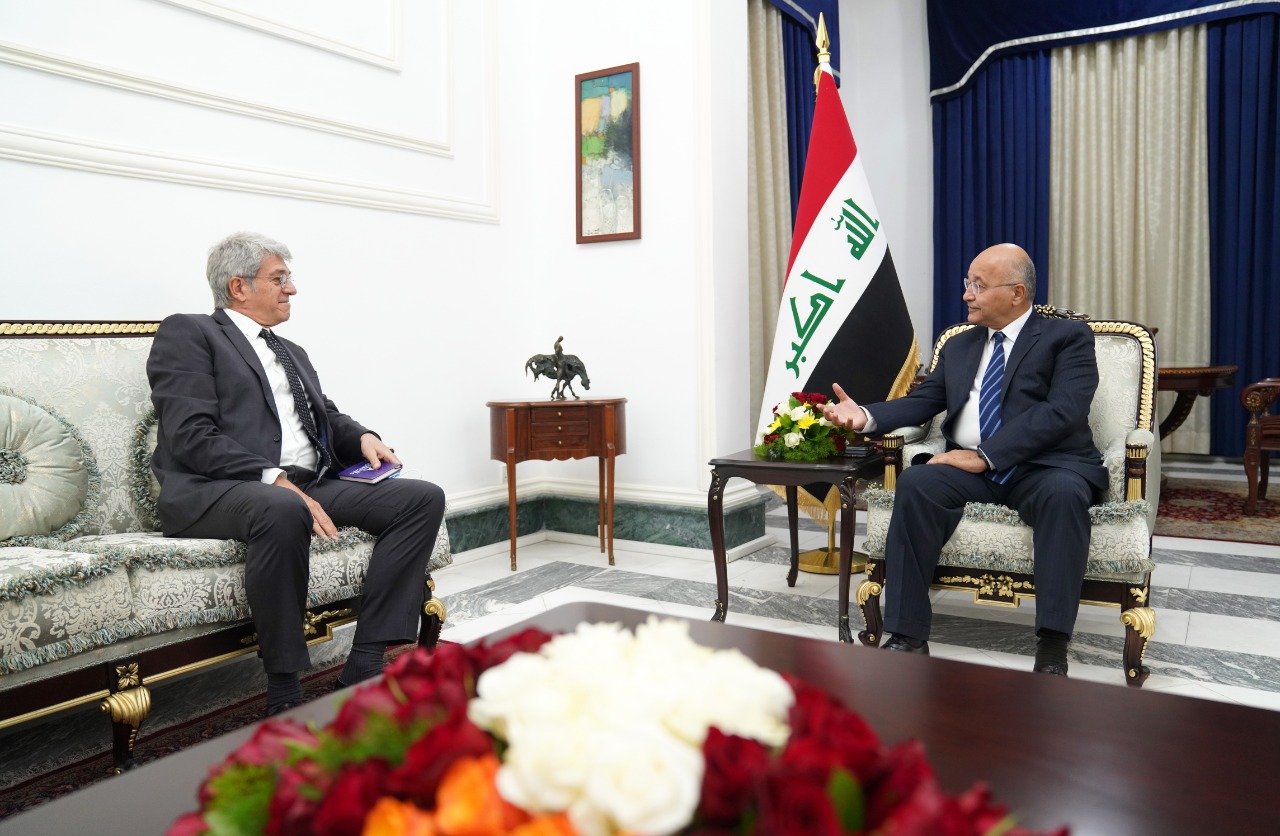 A statement by the Media Office of the Presidency of the Republic said that Saleh received the French ambassador to Iraq, Bruno Aubert, at the Peace Palace.

The statement added that, during the meeting, both parties discussed relations between the two countries, ways to develop prospects for cooperation in all fields, and the importance of enhancing cooperation between Iraq and France.

The statement added that the President of the Republic stressed the importance of developing relations with France and the European Union through the concluded understandings and strengthening them in various sectors, and continuing coordination to fight terrorism, achieve stability, reduce regional tensions, enhance economic and cultural cooperation, and exchange experiences, praising the role France plays in supporting Iraq.

For his part, the French ambassador affirmed his country's commitment to supporting the security, stability and sovereignty of Iraq, keeping it away from regional disputes, and looking forward to strengthening cooperation with it at all levels, according to the Iraqi presidency statement.

Salih ratifies a decree on the Legislative elections date

President Salih: we see the signs of an impending conflict

Salih discusses with the Kurdistan delegation solutions to the outstanding issues