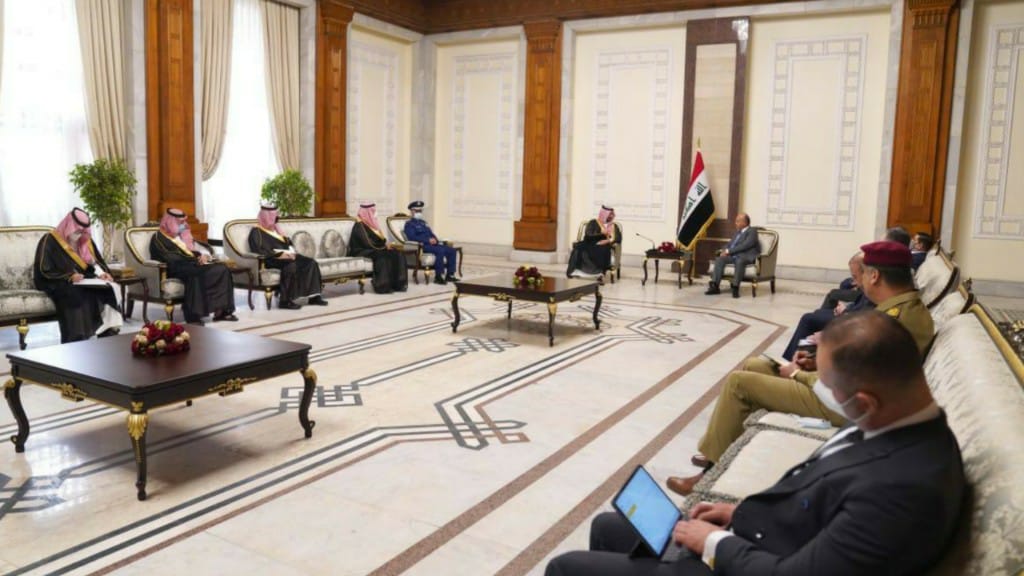 Shafaq News / The Iraqi President, Barham Salih, stressed the need to activate the memorandums of understanding signed with Saudi Arabia.

The Media Office of the Presidency of the Republic said in a statement that Salih received the Saudi Deputy Minister of Defense Prince Khalid bin Salman bin Abdulaziz and his accompanying delegation, where they discussed Iraqi-Saudi relations, and the two countries' keenness to develop bilateral relations.

According to the statement, Salih stressed the importance of developing relations between the two sides and consolidating prospects for cooperation in various fields, calling for implementing the agreements and memoranda of understanding signed between the two countries in the fields of security, economy, and investment.

For his part, the Saudi Prince affirmed his country's commitment to supporting the security and stability of Iraq and strengthening the bonds of cooperation between the two countries in the fields of security, economy, and investment.

President Salih: Iraq is a key factor to build stability in the region