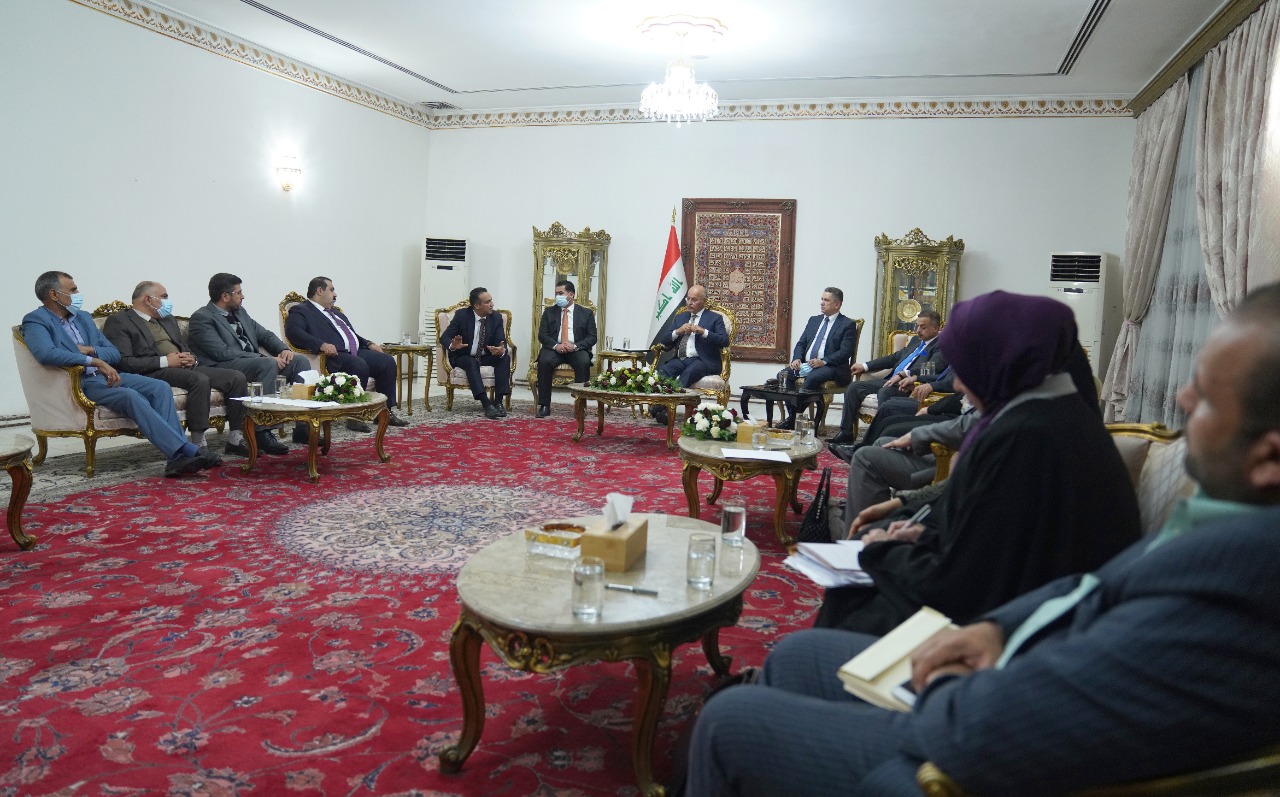 Shafaq News/ The President of the Republic, Dr. Barham Salih, urged the Iraqi parliament to distance the federal financial budget from the political conflict and work to find "just and legal" solutions that protect the rights of employees and retirees, Kurdistan's included.

Salih's statements came during his meeting with the Parliamentary Finance Committee, headed by its chairman MP Haitham Al-Jubouri. The meeting discussed the economic challenges facing the country, the 2021 budget, and the importance of passing it in a way that guarantees the rights of citizens, according to a presidential statement.

Salih and his guests highlighted the importance of overcoming issues facing the approval of the budget while maintaining the entire entitlements of the governorates, low-income and Displaced families, as well as al-Hashd al-Shaabi and the Peshmerga forces.

The statement quoted the President of the Republic as saying, "these considerations must be underlined in the budget negotiations. Political issues must be excluded, and the focus must be kept on reaching just and legal solutions that preserve the rights of the Iraqi people, employees, and retirees throughout the country, including the Kurdistan Region."

Regarding the outstanding issues between the federal government and the Kurdistan Regional Government, Salih stressed the importance of reaching radical and profound solutions within the framework of the constitution, accompanied by a real reform process on the ground as a fundamental pillar for finding a final solution to the suffering and problems of all citizens in Iraq and Kurdistan.

He noted, "achieving economic and security stability and providing decent living conditions for citizens is closely linked to continuing the work to combat corruption, recovering smuggled money, and holding the corrupts accountable."