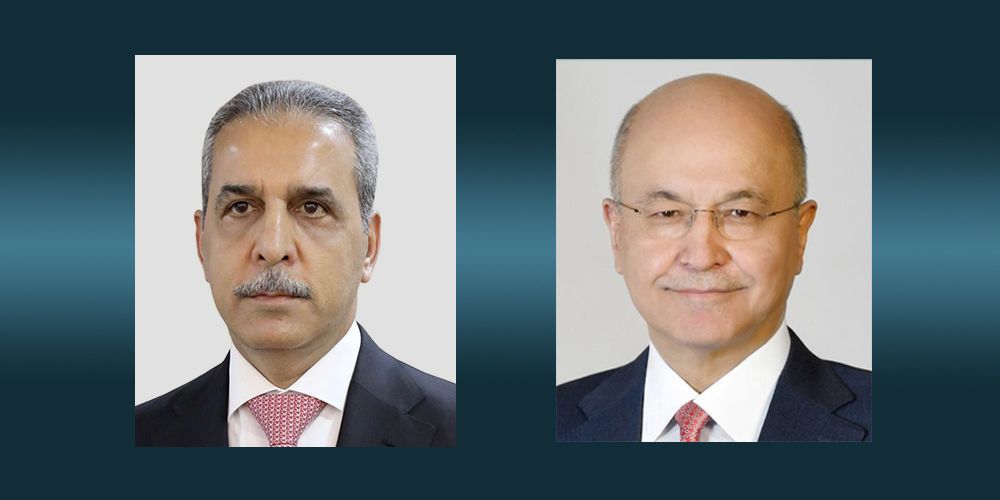 Shafaq News/ President Barham Salih, and the President of the Supreme Judicial Council, Faiq Zeidan, announced accepting the complaints submitted regarding the electoral process, provided that it is within the legal and constitutional context.

Salih and Zaidan said in a joint statement today, "Recourse to the people is a basic and constitutional principle as it is the source of the legitimacy of government."

“We affirm that they are accepted (the complaints) within the legal context, and that dealing with them is per the constitution", it added, calling on "all parties to adopt a responsible national stance that takes into account the supreme interest of the country."

The statement stressed "the need for concerted efforts to meet the national aspirations that await the country, by forming a parliament that expresses the will of the people and responds to their aspirations for reform and development, and works to form an effective government.

According to preliminary results, the Sadrist bloc came first with 73 seats, followed by the Takadum (headed by Muhammad al-Halboosi) with 43 seats, and then the State of Law coalition (led by former Prime Minister Nuri al-Maliki) with 37 seats, and the Kurdistan Democratic Party with 32 seats.

Shiite factions and forces within the Al-Fatah coalition rejected the election results, and consider adopting them would endanger civil peace in the country, which raises fears of a Shiite-Shiite conflict.