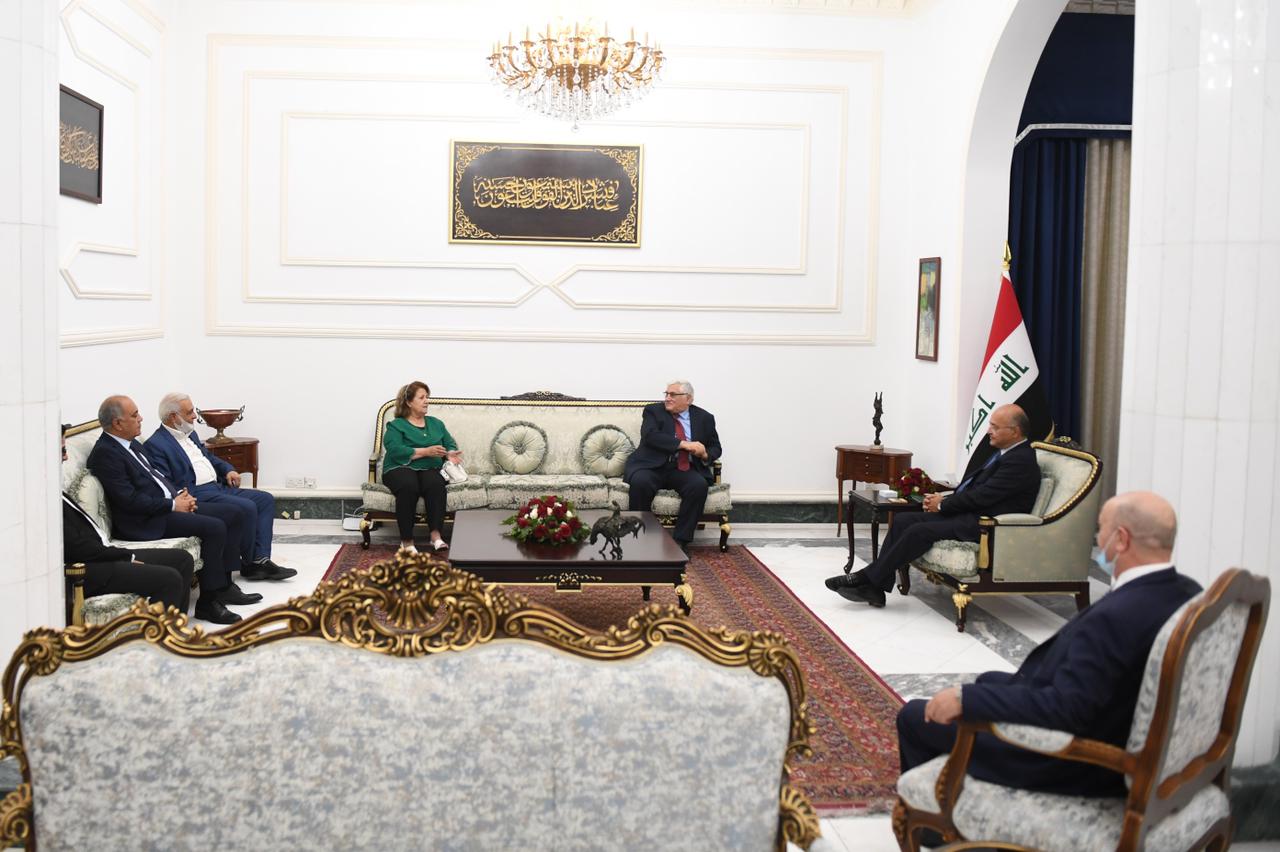 In a statement, the Presidency of the Republic said that President Salih received, today, Secretary of the Iraqi Communist Party Raed Fahmy and his accompanying delegation, where they discussed the latest developments in the country.

The statement quoted the President of the Republic saying, "the situation the country is going through is important and pivotal and calls for cooperation and solidarity," noting, "the entitlements of reform, overcoming mistakes and mismanagement have become an urgent demand and not an option."

"The popular movement is a societal movement that is aware of the current and future challenges facing the country, and it was the result of corruption and mismanagement mistakes that cannot be overlooked," noting, "the assassinations and intimidation of demonstrators, activists and journalists are unforgivable actions, and should not pass without punishment".

"The upcoming elections are articulated and constitutive and come after a broad national consensus that mistakes should not continue and must be overcome, and restore voters' confidence in the electoral process and broad participation in it to be the true peaceful and popular path for change and reform, and for that, achieving electoral security and ensuring election integrity is now a top priority", Salih added.

He pointed out, "fraud and manipulation will reflect negatively on everyone without exception, as the free will of the people must prevail."