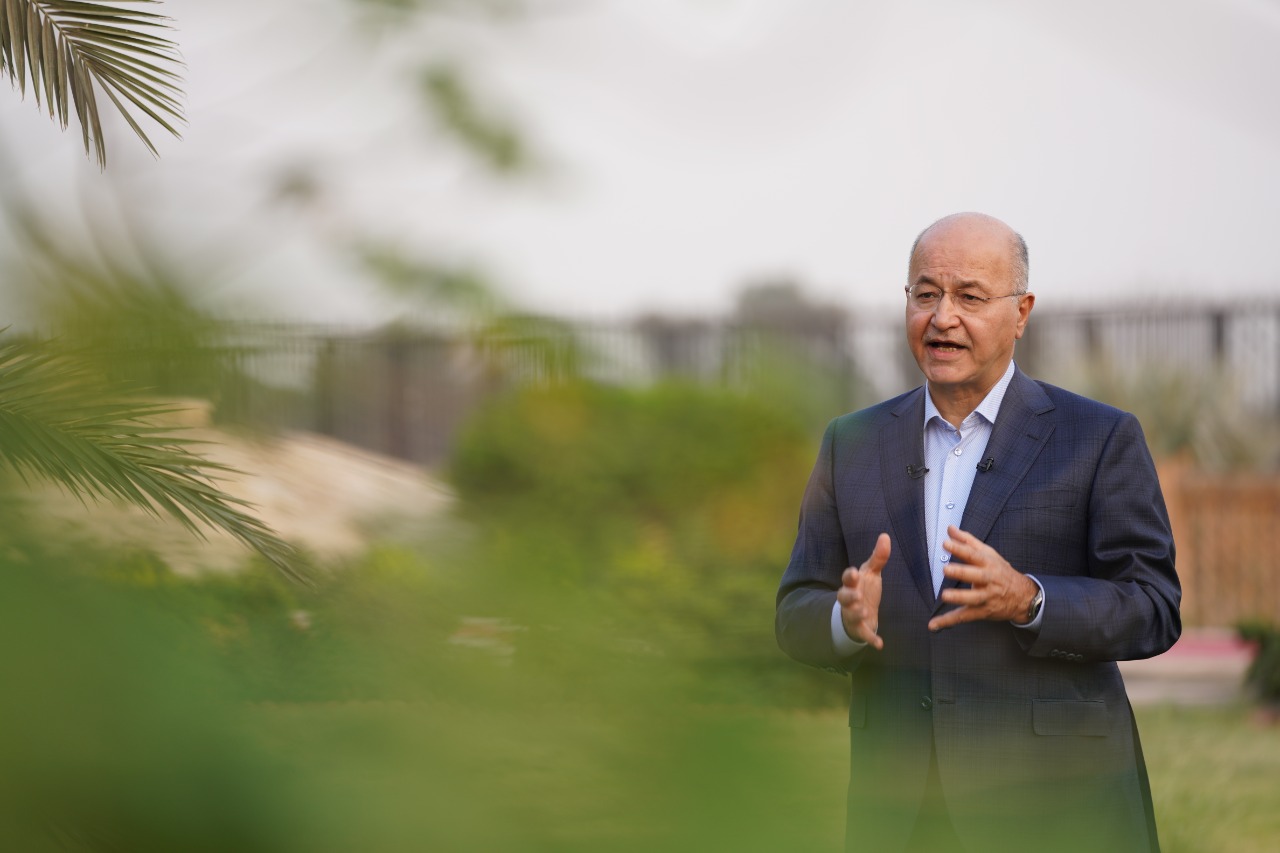 Shafaq News/ The President of the Republic, Barham Salih, said that Iraq seeks access to a new environmental era to deal with the serious implications of climate change via the "Mesopotamian Revitalization" project.

President Salih remarks came during a speech he delivered via video conference before the 26th UN Climate Change Conference of the Parties (COP 26) in Glasgow under the auspices of the United Nations Development Programme (UNDP).

The President said that Iraq has adopted a project of "Mesopotamian Revitalization".

"It [the Project] is crucial step towards having a strategic framework to protect the environment through further regional and international partnerships."

"The project has environmental strategy including modernizing of water administration, generating clean energy and encouraging investment, private sector and youth to be brought into the agenda of tackling the effects of climate change," he added.

Salih emphasized that Iraq is located in the geographic heart of the Middle East, and blessed with a biodiversity of palms, plains, marshes and the mountains of Kurdistan, and it also has the potential to bring the countries of the region together."

"Desertification affects 39% of our country and 54%of our agricultural lands are degraded because of salination caused by reducing water flow of the Tigris and Euphrates," he said, "while seven million Iraqis have already been affected by drought, climate change and the risk of displacement."

"Over the past 40 years, Iraq has been swept by wars and conflicts so it is classified as one of the most vulnerable nations in the world because of climate change."

"Desertification affects 39% of our country and 54%of our agricultural lands are degraded because of salination caused by reducing water flow of the Tigris and Euphrates. Seven million Iraqis have already been affected by drought, climate change and the risk of displacement."

In response to these challenges, Iraq seeks to have access to the new era of environment that can be realized through regional and international partnerships.

Iraq has acceded to the United Nations Framework Convention on Climate Change(UNFCCC), adopted in 1992, and to the Paris Agreement on Climate Change in 2015, and endorsed the Initiative to Reduce Global Gas Flaring" Zero Routine Flaring by 2030."

"Recently, the Iraqi government adopted the "Mesopotamian Revitalization" project to be the framework for the development of environmental strategy. It is the project of Iraq and the region that is also threatened by the serious consequences of climate change. The project has environmental strategy including afforestation, modernizing of water administration of the Tigris and the Euphrates rivers, generating clean energy, and encouraging investment through Green Climate Fund."

Macron among 14 heads of states on potential spyware list

IHEC invites the Iraqi President to ratify the election results