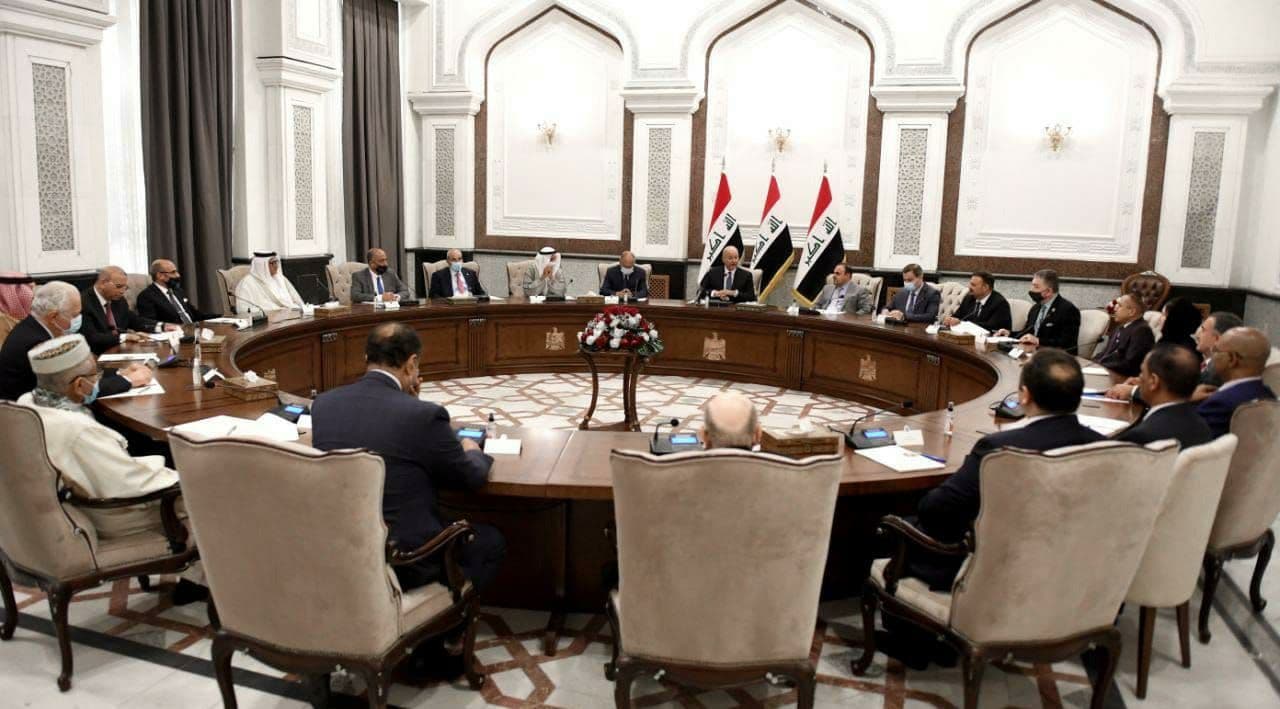 Shafaq News/ The President of the Republic, Barham Salih, said that Iraq is recovering its role in the region, calling for addressing corruption the same way terrorism was addressed.

In a press release issued earlier today, Wednesday, the Media Office of the Presidency of the Republic said that Saleh received today at the Baghdad Palace the Secretary-General of the Arab League, Ahmed Aboul Gheit, Arab ministers of justice, and heads of Arab judicial councils, and representatives from organizations that participated in the International Conference for "Recovering looted funds" in Baghdad.

"Iraq is heading towards recovery. Its presence is crucial to the region. Its absence for many years due to wars and conflicts is a cause of regret. This has negatively impacted the Arab countries and the region."

The President shed light on "the importance of the conference for the recovery of looted funds."

"The big problem facing Iraq and many of our countries is corruption that afflicts our systems. It represents the political economy of violence and terrorism."

"ISIS and other terrorist organizations have relied heavily on corruption funds to perpetuate themselves."

"The Presidency of the Republic has presented a bill on recovering the proceeds of corruption, which includes proactive and deterrent practical measures, and subsequent steps to recover corruption funds through working mechanisms based on concluding agreements with countries, enhancing cooperation with specialized international organizations and agencies, and benefiting from successful global experiences to curb corruption."

"The corruption is a phenomenon that transcends sects, nationalities, and borders. It is a coherent and interdependent system. A large part of the violence that afflicted Iraq is linked to financial corruption networks such as smuggling and illegal trade."

"Establishing the foundations of stability in the country can only be done by confronting corruption the same way we faced terrorism."

The President of the Republic concluded, "Iraq's success in this endeavor will positively affect the entire region."

PUK is sticking to nominating Barham Salih for Iraqi Presidency