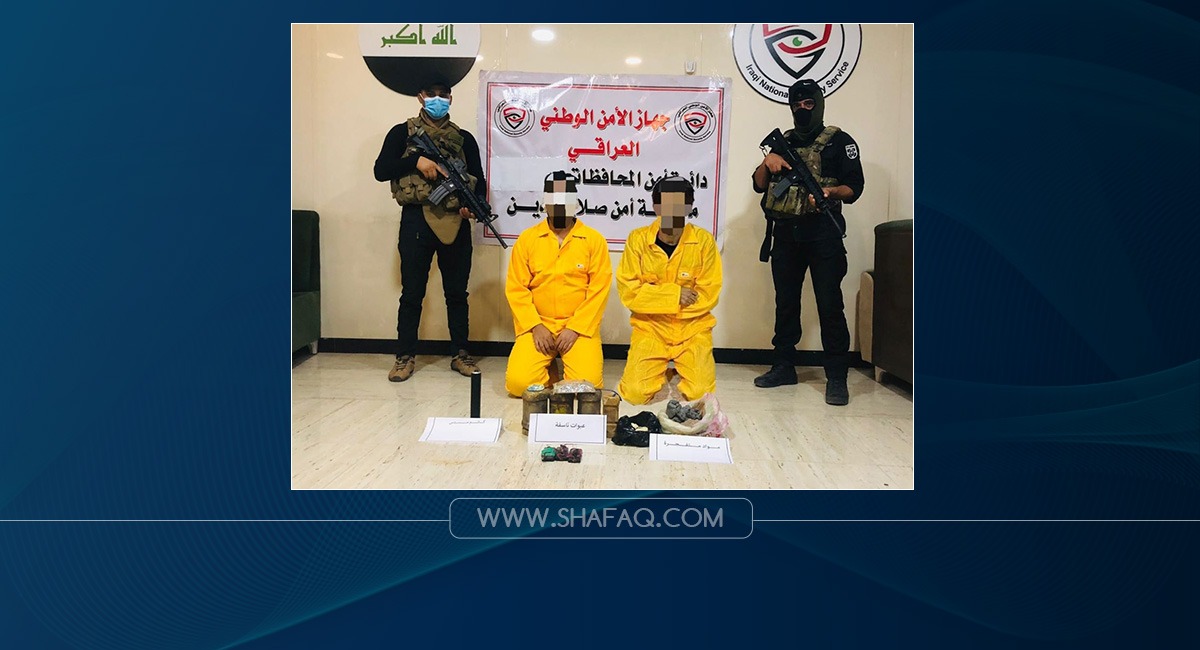 The Council said in a statement, "Based on accurate intelligence, the National Security detachments in Saladin thwarted a terrorist plot targeting the Al-Alam district.

They also arrested a security commander and his assistant for having belonged to ISIS, possessing five explosive devices and explosive materials to target people and security personnel.

The Iraqi forces and the Popular Mobilization Forces launched various operations against ISIS in different locations, which led to the killing and the arrest of many members.

ISIS attacks a village in Nineveh, blows up transmission towers in Saladin