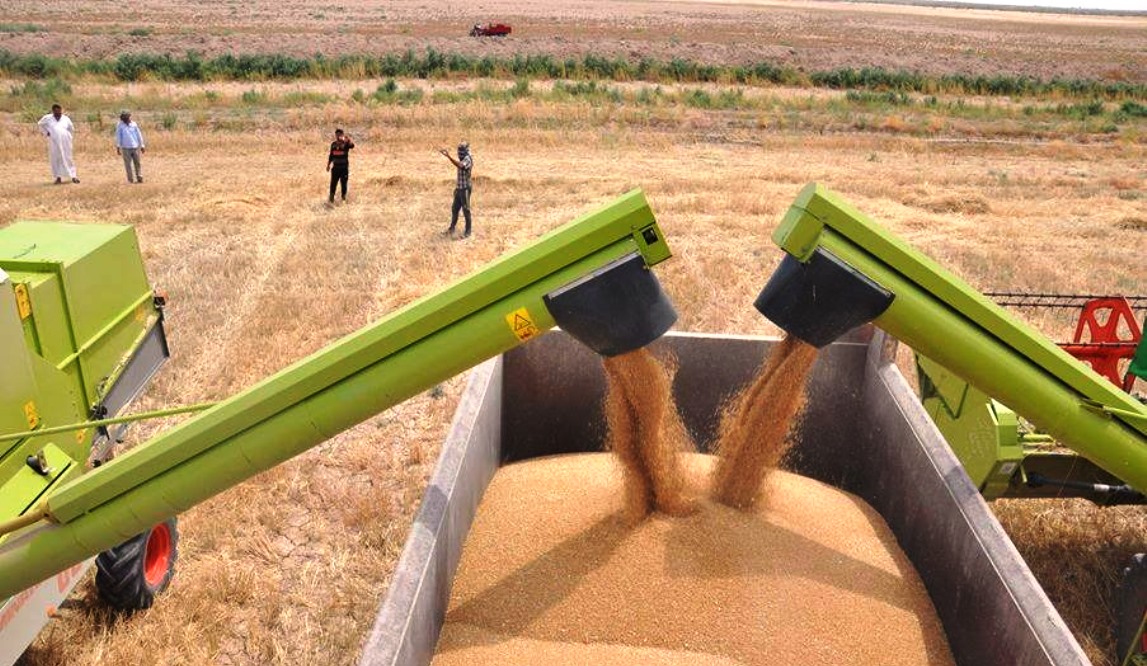 Shafaq News / The Directorate of Agriculture in Saladin expected its wheat product this year to amount to nearly 600 thousand tons during the current season, calling for increasing marketing centers to accelerate the export of wheat to other governorates.

The director of the department, Abbas Taha al-Samarrai, told Shafaq News Agency, "the production of wheat for the current season may reach 600 thousand tons or more in light of the success achieved during the winter plan despite the unprecedented obstacles and grave problems."

Al-Samurai assured, "marketing and receipt of wheat started in 4 centers, namely; Samarra, Tikrit, al-Alam, and al-Shirqat. The marketing process is proceeding in an orderly and smooth manner. However, increasing the receiving centers is an important step to resolve and complete the harvest season and marketing in a timely manner."

The Director of Agriculture indicated that harvesting and marketing operations are fully secured in coordination between the Governorate Agriculture Directorate and the agricultural divisions deployed in the administrative units with the security services and civil defense teams.

Al-Samarrai called for the opening of Baiji, Tuz Khurmatu, and Al-Dour centers, which are among the large reception centers that include several agricultural divisions.

The winter plan for this season in Saladin included one 1.111 million dunums, 16,500 of which were for barley.