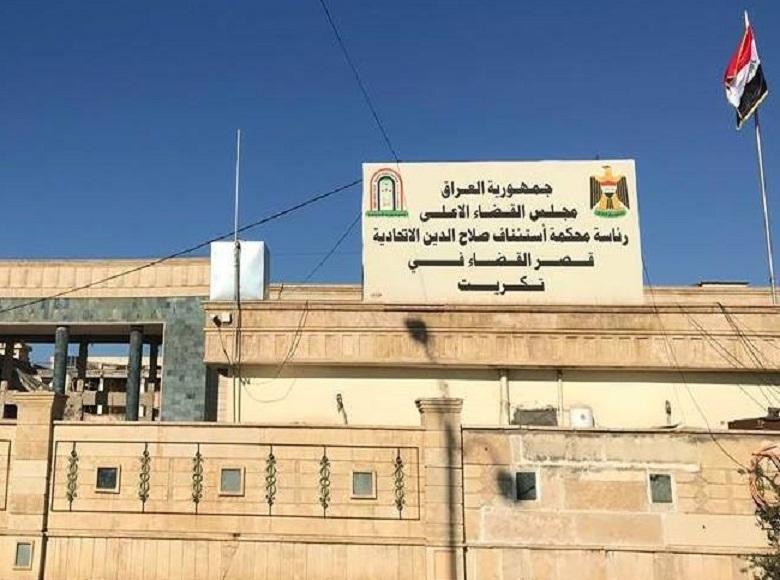 Shafaq News/ Saladin Criminal Court issued, on Monday, two death sentences against the Sharia Mufti of al-Qaeda in the Governorate.

The Supreme Judicial Council said in a stamen, "the terrorist confessed to work as a religious mufti in the al-Qaeda terrorist gangs, and he is one of its founders in Shirqat area, he also held several meetings with the terrorist Zarqawi (al Qaeda's leader in Iraq, Abu Musab al-Zarqawi)."

The statement added that the terrorist, who was the official of the Information Division of the so called state of southern Mosul, confessed to issuing fatwas for killing members of the army and police, in addition to his participation in kidnappings and murders operations, as well as targeting the Peshmerga forces."