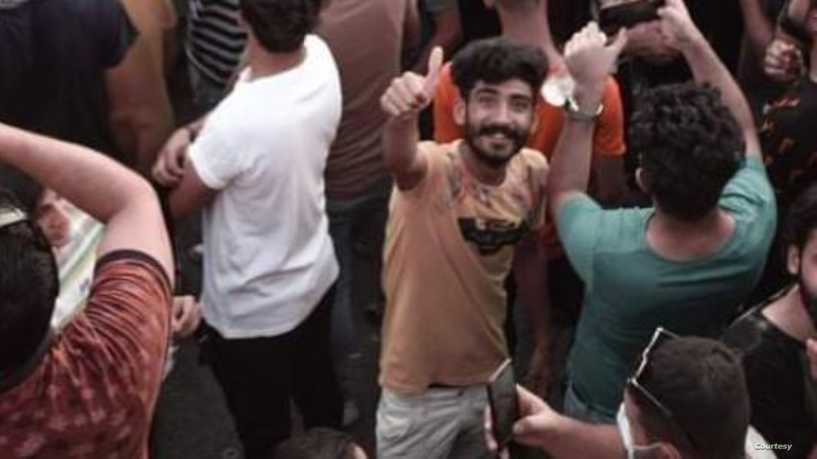 The 20th of September marks the first anniversary of the disappearance of activist Sajjad Al-Iraqi in Nasiriyah, the center of Dhi Qar Governorate.

Ajil told Shafaq News Agency, "Sajjad Al-Iraqi's fate has not been known yet, or whether he is alive or killed", noting, "Prime Minister Mustafa Al-Kadhimi's government is working to procrastinate the case, because the party that kidnapped him has enough influence to hinder the efforts to uncover the truth about his fate."

He said that the cooperation between the last committee formed by Prime Minister Al-Kadhimi, and the Abu Ragheef Committee, a month ago, did not find any lead in the case.

"Those who are accused of kidnapping Sajjad Al-Iraqi were smuggled to a neighboring country, despite issuing a travel ban against them."

Sajjad al-Iraqi, a prominent activist in the Dhi Qar protests, has been missing since the 20th of September last year, after unidentified persons kidnapped him.

Dozens of Iraqi activists were assassinated and kidnapped during the protests that began in October 2019 and toppled the previous government headed by Adel Abdul-Mahdi, at the end of the same year.

A demonstrator shot and seriously injured in Nasiriyah