Sadrist cleric: all the components are majorities 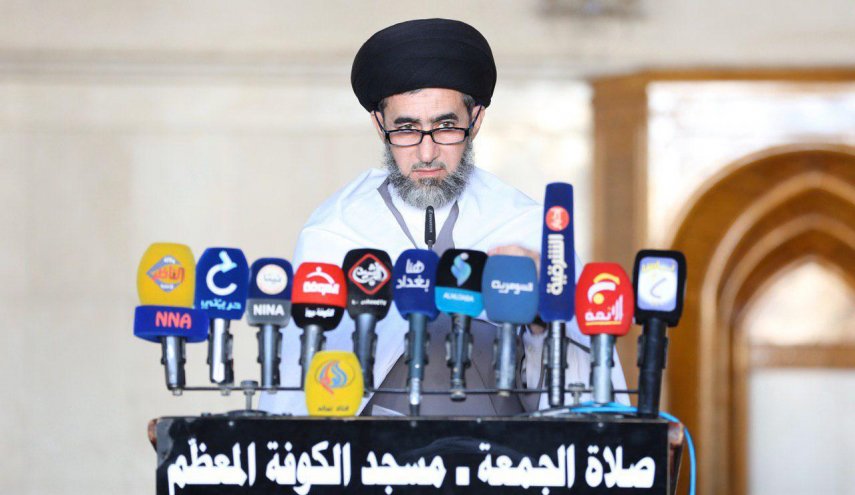 Shafaq News/The leader of the Sadrist movement, Muqtada al-Sadr, deems all the components of Iraq a "majority", Imam of Kofa mosque Ebrahim al-Daninawi said in the Friday sermon, in reference to the Sadrist leader's rejection to the "minority" term.

Al-Daninawi said, "all the components belong to the mother identity, the Iraqi identity. They are all a majority in Iraq."

"The non-Islamic components are honored; themselves, their families, and their money. Islam never harms them and defends them. Islam does not force anyone to convert... This fits the modernities of the civil society, human rights, and other issues that some might consider a product of the 20th century innovations."

"The deeds of some extremist groups, created by Colonization and fed with the terrorist thoughts under many names al-Qaeda, ISIS..., against Christians, Yazidis, and other sects in Iraq and the region does not reflect the rulings and concepts of Religion. The Religion disowns them."

"From this perspective, we can appreciate the reformative of the project that al-Sadr is pushing forward, whose purpose is to restore the image of the Islam and Iraq with all of its components."

"All the components of the country invited to help the country rise, share the responsibility, and avoid evading it."

Pro-Sadrist source reveals the number of the movement's MPs