Saairun: Our MPs may not attend the parliament session 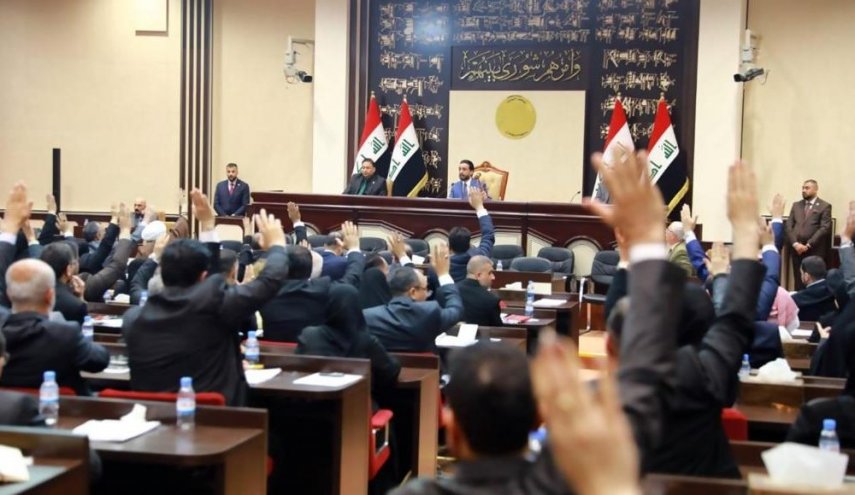 Shafaq News / The second deputy speaker, Bashir Al-Haddad, announced the agenda for today's parliamentary session, indicating that the parliament will make up the missed issues.

Al-Haddad said in a statement received by Shafaq News agency that “the most important issues in the session’s agenda are the election law, the draft law amending the Federal Supreme Court and the proposed law amending the Personal Status Law No. 188 of the year 1959, in addition to presenting and discussing proposals for other laws and general issues. "

He continued, "The committees' meetings will continue by monitoring work," noting that "there are some draft laws that will be followed up."

In turn, the Secretary-General of the House of Representatives, Sirwan Abdullah Sereni, announced "the completion of preparations for holding the parliament session this afternoon by placing thermal cameras at the entrances and imposing health measures on all employees and visitors."

For its part, the Saairun Alliance confirmed that the agenda of the Iraqi parliament session on Saturday is devoid of important matters.

The MP for the coalition, Riad Al-Masoudi, told Shafaq News Agency that this may lead to not attending the session and the quorum to be held.

Al-Masoudi indicated that "failure to achieve a quorum in the parliament session today may turn it into a deliberation session, and the session will be then meaningless, this session's agenda must include votes on important issues, especially with regard to holding early elections."