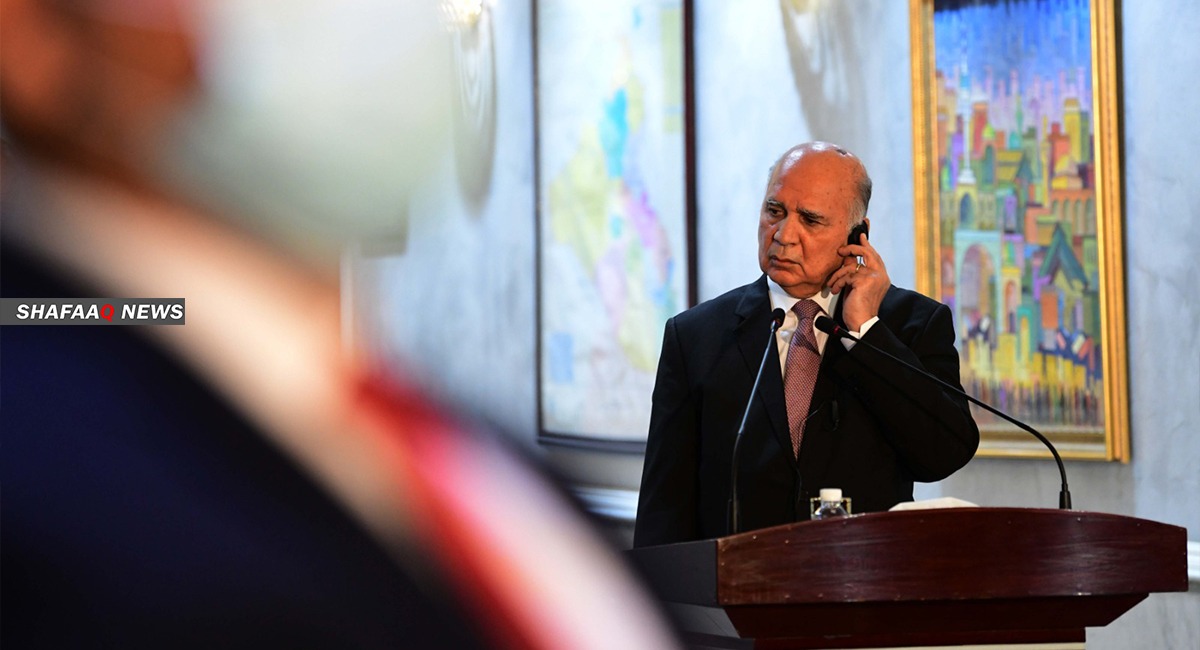 Shafaq News / The Iraqi Minister of foreign affairs, Fouad Hussein, called on France, Germany and Britain to step in to stop the repeated Turkish attacks and withdraw the Turkish forces from Iraqi lands.

In a statement, the ministry said, " Minister of foreign affairs, Fouad Hussein, had contacted his French and German counterparts, as well as the British MP, James Cleverly.

The parties discussed, according to the statement, "the most prominent political and security developments in Iraq. The latest of which is the recent Turkish attack on Iraq".

Hussein expressed his, "rejection of Turkey's violations of Iraq's sovereignty, condemning the recent attack on Sidakan area in Erbil governorate of Kurdistan", emphasizing, "the importance of these countries' governments playing an active role to stop the repeated Turkish attacks and withdraw the Turkish forces from Iraqi lands".

For their part, the ministers expressed their condolences to the Iraqi government for the victims of the recent Turkish attack, affirming their countries ’solidarity with Iraq, their condemnation of this attack, and the need to respect the principles of good neighborliness.

These calls came three days after a Turkish drone targeted an Iraqi military vehicle in the Sidakan area, north of Erbil, resulting in the death of two high-ranking Iraqi border guard officers.

While yesterday, the Iraqi Ministry delivered a strongly worded note to the Turkish ambassador in Baghdad, on the background of the airstrikes, in which the ministry condemned Ankara for such "vicious attacks", calling on the Turkish side to hold the perpetrators accountable.

Turkey has recently intensified its aerial and artillery shelling on border areas within Kurdistan Region, since the beginning of this week. Ankara says it is targeting the PKK militants.