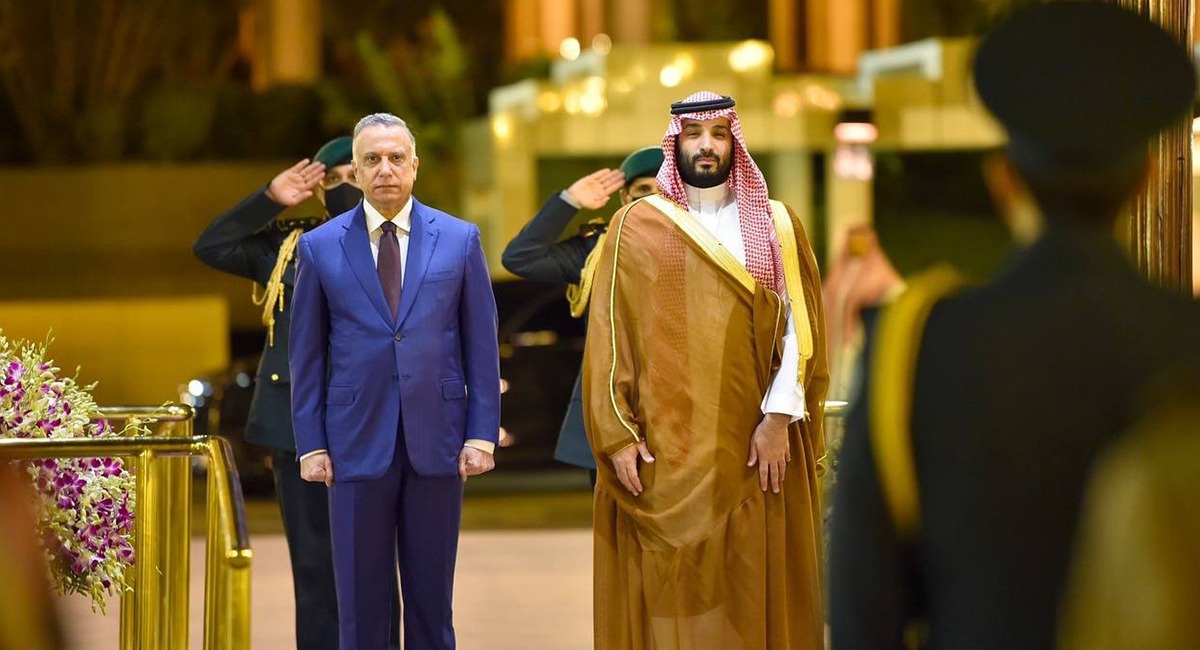 Shafaq News / Iraqi Prime Minister Mustafa al-Kadhimi will reportedly visit Saudi Arabia for the second time in a week after a trip to Tehran, where he pushed for a thaw in Iran-Saudi relations.

The visit comes days after two other visits to Saudi Arabia and Iran over the last week. In a bid to breathe new life into Iran-Saudi talks, al-Kadhimi visited Jeddah on June 26 and met with bin Salman. In the meeting, they put emphasis on “regional cooperation in a way that promotes sustainable development in the region,” according to a press release by the Iraqi Prime Minister’s office. The two sides stressed the prominent role of Iraq in the convergence of views in the region and in the efforts to establish calm and constructive dialogues, a clear reference to Iraq’s mediatory role in facilitating and hosting five rounds of security-oriented talks between Iran and Saudi Arabia.

In Tehran, the Iraqi prime minister discussed a variety of regional issues ranging from Yemen to Egypt. Al-Kadhimi discussed with President Raisi “the most important regional issues that are of common interest, which involve issues related to the security of the two neighboring countries and the stability of the region.”

In continuation of his diplomatic push, the Iraqi prime minister is now planning to visit Saudi Arabia to brief Riyadh officials on his discussions in Tehran, according to DPA. The diplomatic source told the German news agency that al-Kadhimi “will brief the Saudi leadership on the results of his recent visit to Iran and Tehran's position on the agenda of negotiations with Riyadh, which will pave the way for raising the level of the two parties' talks to reach a solution to the points of contention between the two countries and thus restore full diplomatic relations between them.”

Baghdad has so far played host to five rounds of talks between Iran and Saudi Arabia, with the last round resulting in the two sides agreeing to elevate the talks to the diplomatic level. Iran has announced that the talks will resume soon in the Iraqi capital, Baghdad.

Iran has also expressed a desire for restoring diplomatic ties with Saudi Arabia but the Saudis failed to reciprocate and were keen to show a sense of apathy toward the talks with Iran.

The next round of talks will probably be the last chance for Saudi Arabia to patch up relations with Iran as the man in charge of coordinating the talks could lose his job soon given that Iraq is in the process of forming a new government. Al-Kadhimi has played a crucial role in the Iran-Saudi talks, but he is now on the verge of losing his position as Iraq’s prime minister due to the discussions in Baghdad over putting together a new government after October 2021 parliamentary elections.

Who will be in Al-Kadhimi's delegation to US?