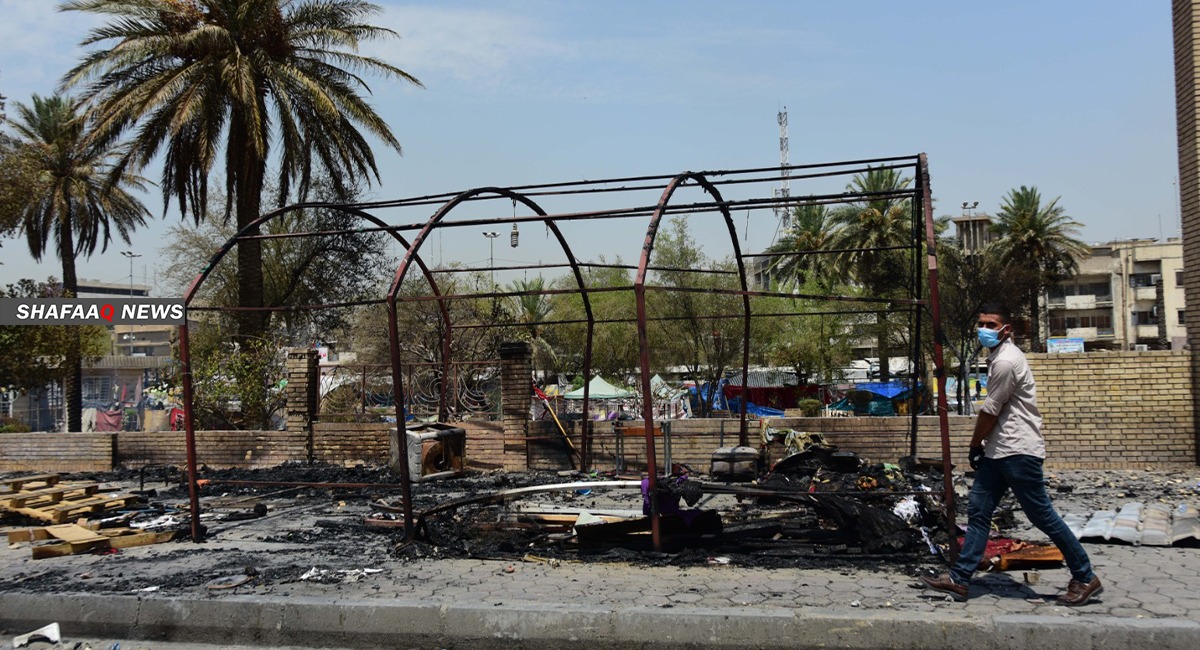 Shafaq News / A security source reported today, Monday, that clashes renewed between protestors and security forces in both Al-Tayaran and Al-Tahrir squares in the capital, Baghdad, indicating that 12 cases of suffocation were registered.

Two protesters succumbed to their wounds, after confrontations with riot police in Al-Tahrir Square, while nearly ten sustained injuries in both squares.

This is the first confrontation between the security forces and the demonstrators in the reign of Al-Kadhimi's, who took over the government last May.

On Monday, Al-Kadhimi gave the security services 72 hours to announce the results of the investigation regarding the death of two demonstrators in Al-Tahrir events yesterday, Sunday.

For its part, the United Nations condemned the violence and human losses that occurred during the protests in Baghdad last night, calling on the government to "investigate and hold the perpetrators accountable".

Seventeen terrorists in the custody of Security forces